If situation does not improve by early August, the state government could urge the Centre to declare drought 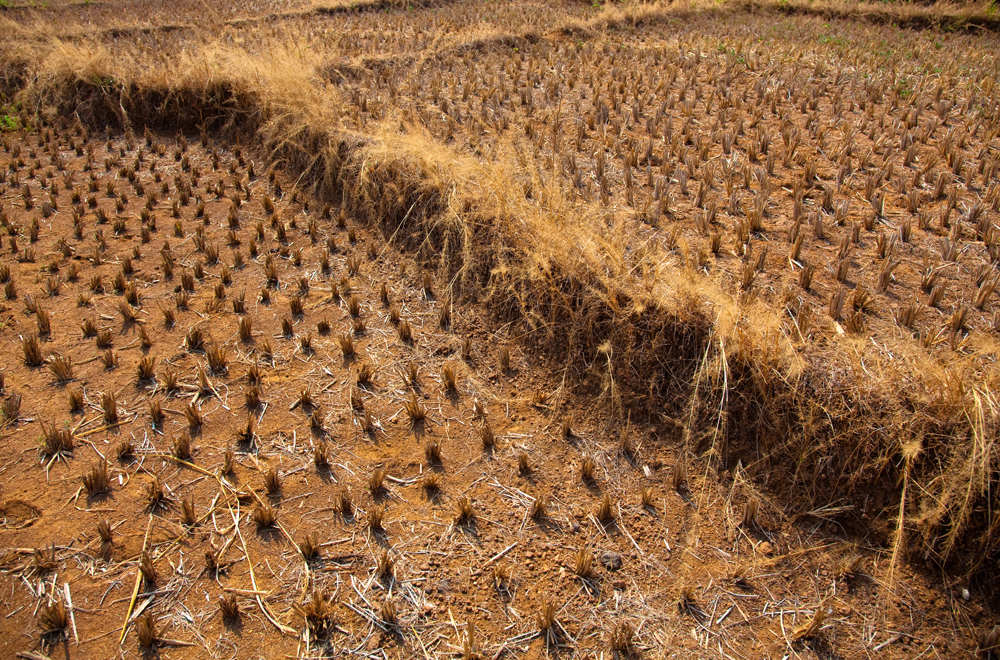 The rainfall shortage has been as much as 62 per cent of the expected amount in the rice-producing districts of south Bengal
(Shutterstock)
Pranesh Sarkar   |   Calcutta   |   Published 23.07.19, 08:11 PM

The Bengal agriculture department is considering the option of requesting the Centre to declare a draught in some areas and chalk out a joint bailout plan as only 7.8 per cent of the monsoon crop in the state’s rice belt has been brought under cultivation because of lack of rainfall.

If the situation does not improve by the first week of August, the state government could urge the Centre to declare a drought, which would make affected farmers eligible for farm loan waivers or financial assistance to grow alternative crops to make up for the losses.

“The figure is alarming as the traditional deadline for kharif cultivation is August 15. Last year, during the same period, more than 6 lakh hectares had been cultivated. If the districts in south Bengal don’t get enough rainfall by the end of July, it would be tough to meet the target,” said another official.

The rainfall shortage has been as much as 62 per cent of the expected amount in the rice-producing districts of south Bengal. According to norms, a state can request the Centre to declare a drought in areas where the rainfall shortage is 50 per cent till the end of July.

“If this continues, the kharif (monsoon) cultivation will be hit badly and we will have to seek central help to tackle the situation,” said a senior official.

According to reports available with the agriculture department, Hooghly is the worst-affected district, receiving 62 per cent less rainfall between June 1 and July 19. The other districts facing a shortfall are Nadia, Birbhum, East Burdwan and East Midnapore.

“These five districts produce almost 65 per cent of the total paddy in the kharif season in Bengal. If this situation continues, the state will fall short of its annual target of producing 160 lakh tonnes of rice,” an official said.

The state government, however, has an alternative plan.

“If the monsoon gets delayed beyond the first week of August and the seed bed cannot be prepared by mid-August, we plan to ask farmers to use smaller-duration paddy seeds,” said Pradip K. Majumdar, adviser to the chief minister on agriculture and allied sectors.