Last week, goons made fresh demands for money when entrepreneurs Indrani Dutta and Laboni Dutta resumed construction that had been suspended for months because of the Covid situation 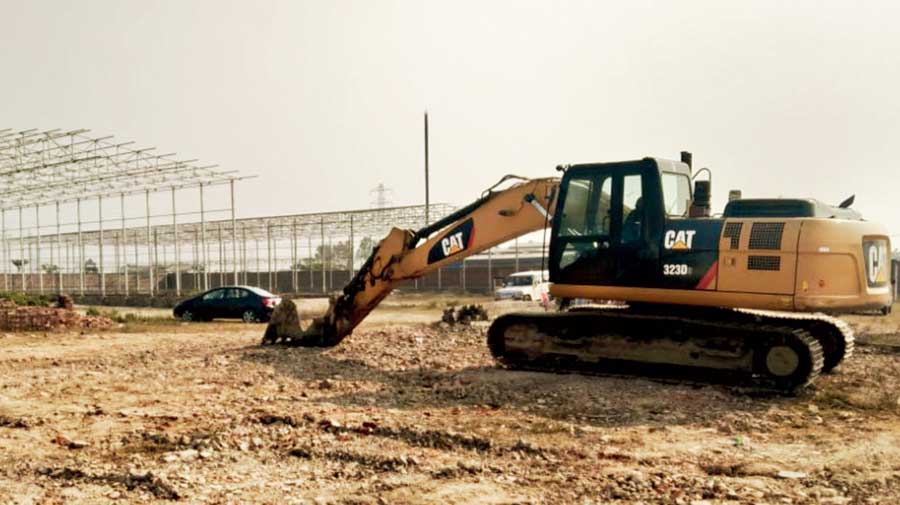 Two women entrepreneurs from Calcutta have put on hold the construction of an export-oriented food processing and preservation unit on a 49-bigha plot adjacent to NH12 in Nadia’s Chakdah over alleged threats and scare tactics by extortionists.

An official of the company — Delta Creation Private Limited — said in July last year they had been forced to shell out Rs 50,000 to buy peace when goons forced out private security guards from the site.

Last week, goons made fresh demands for money when entrepreneurs Indrani Dutta and Laboni Dutta resumed construction that had been suspended for months because of the Covid situation.

“We initially tried to buy peace with Rs 50,000. But their demands appear to be unending. Since we have refused to oblige now, they have stolen construction materials and soil from the site,” said company’s managing director Arun Kumar Maity.

Another official, who did not come on record, added that bombs were hurled at the site two days ago, forcing workers to flee. When Maity arrived at the site on Saturday, the goons allegedly said they would allow work only if their cash demand was met.

“It is not possible for us to pay them every day. The goons have unleashed panic among our workers who stay at the site and are being threatened every day,” said Laboni Dutta, who is one of the directors of the company.

Maity said he had apprised chief minister Mamata Banerjee, industries minister Partha Chatterjee and governor Jagdeep Dhankhar about the threat from extortionists, and demanded their intervention for work to go on, as well as lodged complaints with Chakdah police. “Cops are yet to begin a probe,” he said.

The project was aimed at procuring vegetables from farmers in bulk for export.

“We are all set to implement a high-end technology that can preserve vegetables without chemicals for about 360 days. This area in Nadia is known for its vegetables and has huge potential for the food processing industry. We have tied up with about a few hundred farmers for the purpose. The project will also provide job opportunities to around 1,500 unskilled workers who can sort and clean vegetables,” said Maity.

She said there was a bone of contention between the company and villagers over a canal in the area.

“There is around 100 bigha land around the project. During monsoon the land is flooded. A canal used to drain out the water, but it was filled up (plugged) by the company. But villagers are not against industries,” Ghosh said.

District magistrate Nadia Partha Ghosh told The Telegraph: “I have heard about the incident (extortion demands) and instructed the police to initiate necessary action so that the work can resume.”