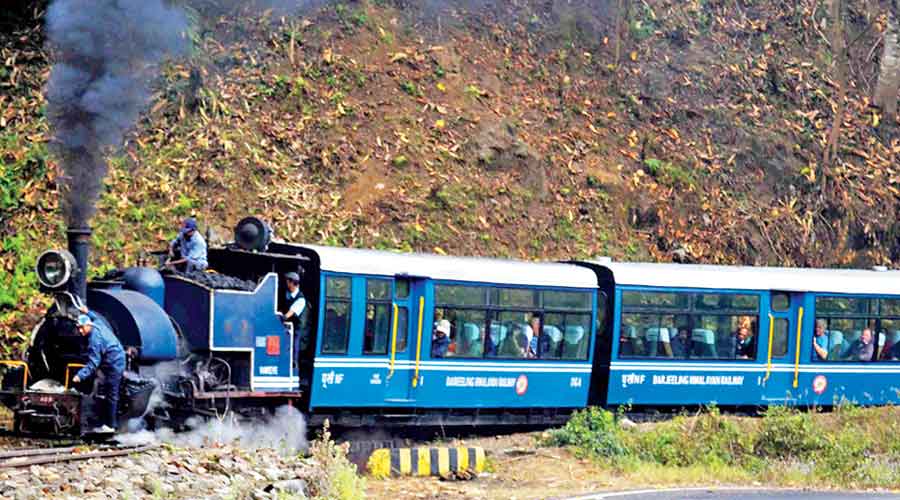 Peter Middleton, who had been making videos on railways for over three decades, came up with a unique documentary which shows the mountain railway from the seat of the loco pilot.

“For the first time ever, an extensive video on the DHR has been released which showcases the railway from a driver’s eye. It has been planned to publish the video in two parts. One part would comprise the route from New Jalpaiguri to Tindharia and the other from Tindharia to Darjeeling.

Recently, the first part, that is, the journey from Tindharia to Darjeeling has been released,” said Paul Whittle, the vice-chairman of the DHRS.

The representatives of the DHRS also pointed out that it was more fascinating to see the DHR tracks and the idyllic landscapes in the surroundings from the front of a loco in a video, rather than videos which are shot sideways from the carriages or from chase vehicles.

Some clips, which were shot from a chase vehicle or through drones, have added to the attraction of the documentary that is two hours and 24 minutes long.

“It was in March that the team came here and shot the video in a charter train with steam loco. It is nice to see that despite having a short time, they could manage to get their job done and now a portion of the video has been released,” said Partha Pratim Roy, a DHR enthusiast based in Siliguri.

Roy said it was a challenging task for the team to mount video cameras in front of the loco because of the vibration and swaying caused by short wheels of the loco.

“It took time to place the cameras in such a way that there was no jerk. The efforts worked and the videos were found to be of good quality. It was nice to see the DHR from a different camera angle,” he added.

The video, that is available with the DHRS, has yet another attraction – a narrative by Jonathan Kydd, a British actor who is also a prominent voice actor in the UK. “He has lent his voice in similar railway videos earlier. This time, he has narrated the beauty of the DHR and the landscape of Darjeeling,” said a DHRS member.

The initiative has also earned appreciation from DHR officials. “In the past few years, we have seen a surge in the number of passengers and last year, the number crossed one lakh for the first time in the history of DHR. Such videos always help us in getting more tourists on board,” said an official.