Mamata Banerjee called the committee ‘a great liar’, accusing it of distorting facts 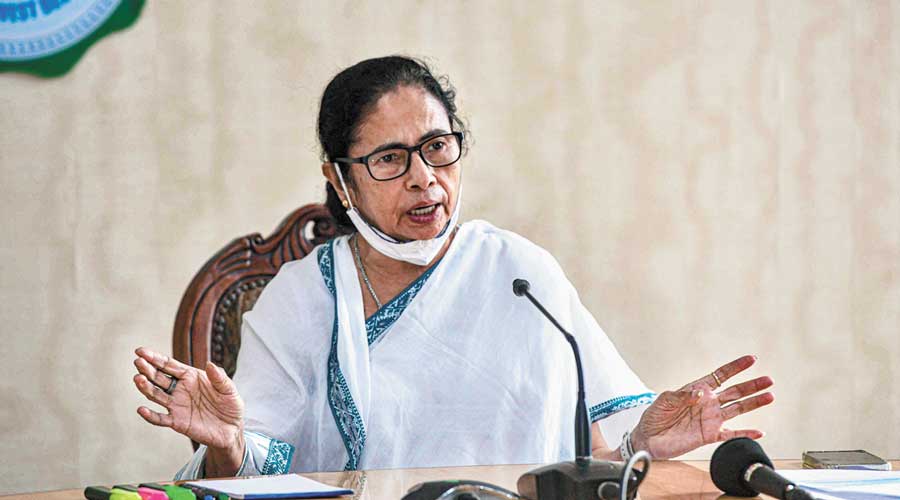 A report filed by the National Human Rights Commission’s probe committee before Calcutta High Court on alleged post-poll results violence in Bengal has named several current and former lawmakers of the Trinamul Congress, including a senior minister, in its list of 123 “notorious criminals/goons”, besides echoing many of the BJP’s concerns and demands.

The list of names is part of an annexure to the report. Chief minister Mamata Banerjee called the NHRC’s committee “a great liar”, accusing it of distorting facts.

Mullick, a lawyer, said he was “extremely hurt and ashamed” that the NHRC had done this to him, allegedly without having conducted its due diligence, at the BJP’s behest. Mullick threatened to sue the NHRC over the “false, fabricated framing”.

It directed the NHRC chairperson — currently Justice (retired) Arun Kumar Mishra — to set up a committee and send it to Bengal to inquire into the post-poll violence and file a report before the court.

“They (the committee) are speaking just like a great liar. Sorry, liar is an unparliamentary word. They are misleading the people and distorting the facts. When the court will give us the time, we will file our affidavit and give our opinion to the honourable court,” Mamata said.

She demanded answers on why the report for the court had been circulated widely and made public even before it featured in a hearing.

The chief minister accused the committee of having disrespected the court thereby, out of “political vendetta”. “(What is it) if it is not political vendetta? Only to malign the people of Bengal, because they (the BJP) have lost the election.”

In a statement, the NHRC rejected allegations regarding the leak of the report, pointing out it was already available with all parties concerned.