Aziz had performed at the Karunamoyee playground less than a fortnight ago, on November 15 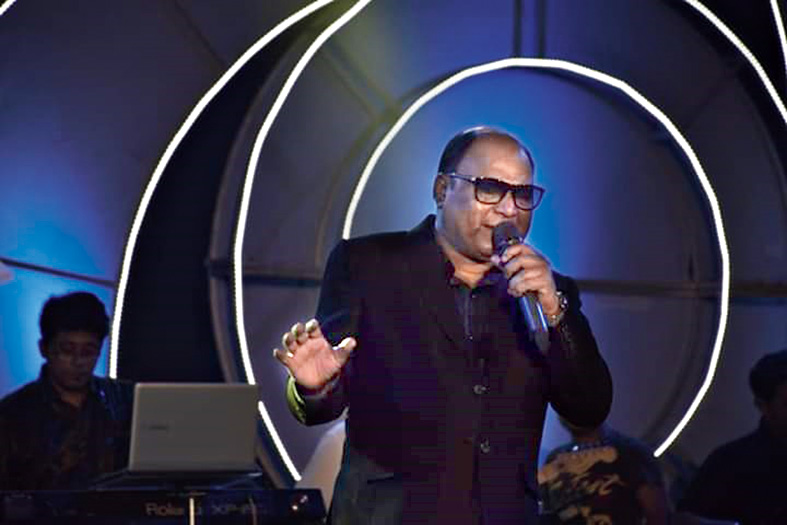 The death of Mohd Aziz, popular Hindi playback singer of the 90s, has left residents of Karunamoyee and, in particular, organisers of the Jagaddhatri puja shell-shocked. Aziz had performed at the Karunamoyee playground less than a fortnight ago, on November 15.

“What are you saying?” local MLA Sujit Bose reacted with disbelief when The Telegraph Salt Lake broke the news to him on Tuesday night. Aziz had passed away in the afternoon, after suffering a cardiac arrest on landing at Mumbai airport.

“He did many shows in and around Calcutta this season. His last show was in Bauria, near Bagnan, Howrah on November 25. Before boarding the 10.40am flight at Dumdum, he felt unwell and was treated at the airport but insisted he was fit to fly,” said his Calcutta manager Kaushik Chatterjee.

At the Karunamoyee show, he wanted to sing longer than the 10.30pm cut-off that the organisers gave him. “He said that he had never performed in Salt Lake and even refused a show in Murshidabad the evening before to accommodate us. He was such a down-to-earth man that he reached the venue earlier than scheduled, when our puja opening was in progress,” recalled puja secretary Ranjan Podder.

For two hours, the man who rose from the bar at Ghalib Restaurant on Elliot Road to sing for Amitabh Bachchan, Mithun Chakraborty, Dharmendra, Govinda, Anil Kapoor and Rishi Kapoor, belted out one hit after another — Jane do jane do (Shahenshah), My name is Lakhan, Aap ke aa jaane se (Khudgarz)...

“I know Munna Aziz from the time he was a Rafi kanthi in Calcutta. I have even been to his Kidderpore home. When he had just made a name in Bombay in the early 80s, I had invited him to sing at Sreebhumi Sporting Club’s silver jubilee. Even that night in Karunamoyee, we were discussing more concerts,” said Bose, who had felicitated him on stage.