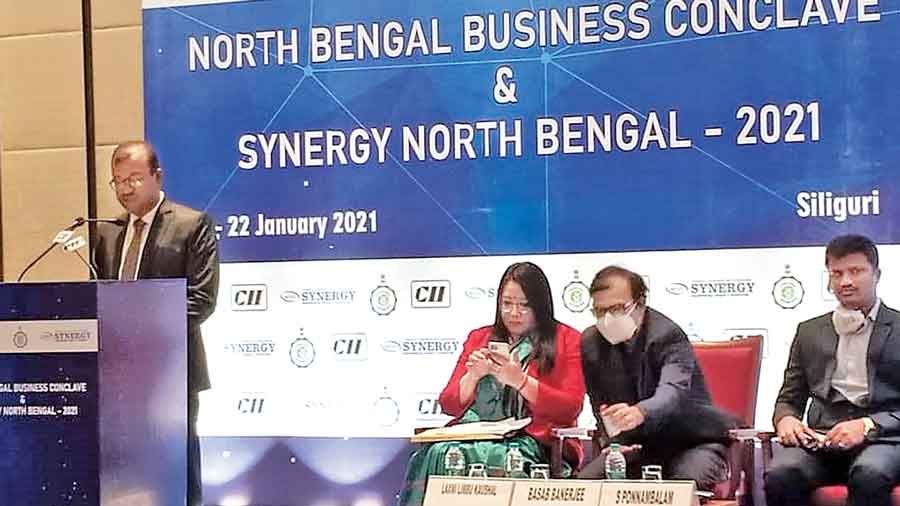 The Mamata Banerjee government has received private investment proposals of over Rs 3,000 crore for north Bengal for the next fiscal year, state finance minister Amit Mitra said on Thursday.

“North Bengal has investment proposal of Rs 3,265 crore for the business year 2021-2022. Last year, there were investment proposals totalling Rs 1,678 crore. These proposals have come for setting up infrastructure on tea tourism, industrial hubs, cement companies, and so on,” said Mitra who virtually attended the inauguration of the eighth edition of North Bengal Business Conclave & Synergy North Bengal in 2021.

The two-day conclave, inaugurated at a hotel in Siliguri on Thursday, was organised by the NB zonal council of the Confederation of Indian Industry (CII) in association with West Bengal Industrial Development Corporation.

In course of his speech, Mitra said they received proposals to set up three industrial parks, two in Alipurduar district and one in Jalpaiguri.

“The estimated project cost for industrial parks in Alipurduar is Rs 700 crore and for the one in Jalpaiguri Rs 350 crore,” Mitra added.

The event hosted to boost fresh private investments saw participation from all eight districts of the region. Representatives of trade organisations from Nepal, Bhutan and Bangladesh, countries with which the region shares international borders, attended the meet virtually.

“On day one, talks were held on prospective investments, statutory compliances, business development and some ancillary issues,” said a source in CII.

It was also learnt that there are investment proposals for around Rs 200 crore in tourism and Rs 500 crore for tea tourism. The CII source added that prospective investors had brought proposals such as a dairy project in Raiganj, food processing units in Malda, Cooch Behar, North Dinajpur and South Dinajpur and furniture and steel projects.

Sanjit Saha, chairman of the NB zonal council of CII, said they would see that such investments are made in the region. “We welcome private firms to new industrial parks. If investments come in, they will largely help create jobs.”