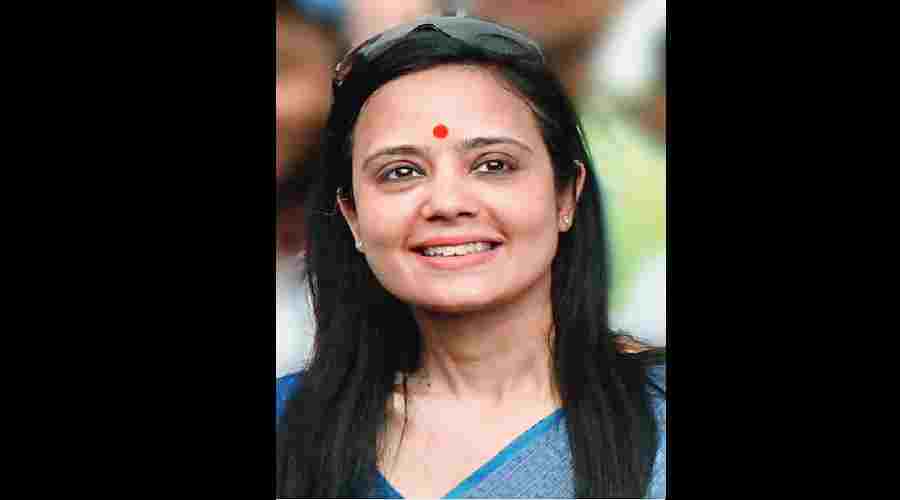 Trinamul’s Krishnanagar MP Mahua Moitra on Thursday asked people to lodge complaints with police or her office in writing against cheats and extortion rackets, even if the accused were influential.

Mahua posted her comment on her Facebook page a day after chief minister Mamata Banerjee had given a free hand to the police and administrative officials to act against corrupt leaders without caring for their political affiliation.

“Honourable chief minister has repeatedly said that using the party as a shield extortion will not be allowed. If anyone cheats people in the name of assuring jobs, getting people empanelled in TET (Teacher Eligibility Test) or for facilitating government work, inform police or my office in writing without any fear,” Mahua wrote on her Facebook page.

“Don’t be afraid (of anything). There is no reason to fear the thieves or the cheats. He may be very influential but one day he would get caught. So, please come forward and stub out these rackets,” she added in the post.

Trinamul insiders in Nadia claimed that there were several allegations that the party’s Tehatta MLA, Tapas Saha, took money by giving fake job promises. Tehatta falls under the parliamentary constituency of Mahua.

Last week, 16 persons from Nadia’s Palashipara, Tehatta and Karimpur had sent three separate complaints to Trinamul general secretary Abhishek Banerjee, accusing Saha of collecting around Rs 16 crore from them since 2016 by making fake promises of jobs and other benefits.

However, none of the complainants, as they claimed, has got a job till date, while Saha allegedly refused to return the money.

Anguished over allegations of extortion, Mamata on Wednesday sent a CID team to Tehatta and questioned some of the complainants.

Saha rejected the allegations. “All the allegations are baseless and intended to malign me. I will submit my resignation if a single person can prove that I took money,” he said.

Shyamal Mondal, who is the Trinamul MLA from Basanti in South 24-Parganas, on Thursday sought additional security citing increase in activities of sand and soil mafia in his constituency and its adjoining areas.

“Once a Trinamul MLA had said on the floor of the House that syndicate was essential for the government to run. He had later joined our party to cleanse himself but couldn’t. What Trinamul is doing right now is an attempt to divert attention from the true concerns of the state by airing such issues,” said BJP spokesperson Samik Bhattacharya.

Several Opposition leaders said if an MLA felt insecure because of mafia, then the situation in the state could be easily assessed.