Nicco has tied up with top lighting firm from Sichuan, China, to present the Festival of Magical Panda Lights 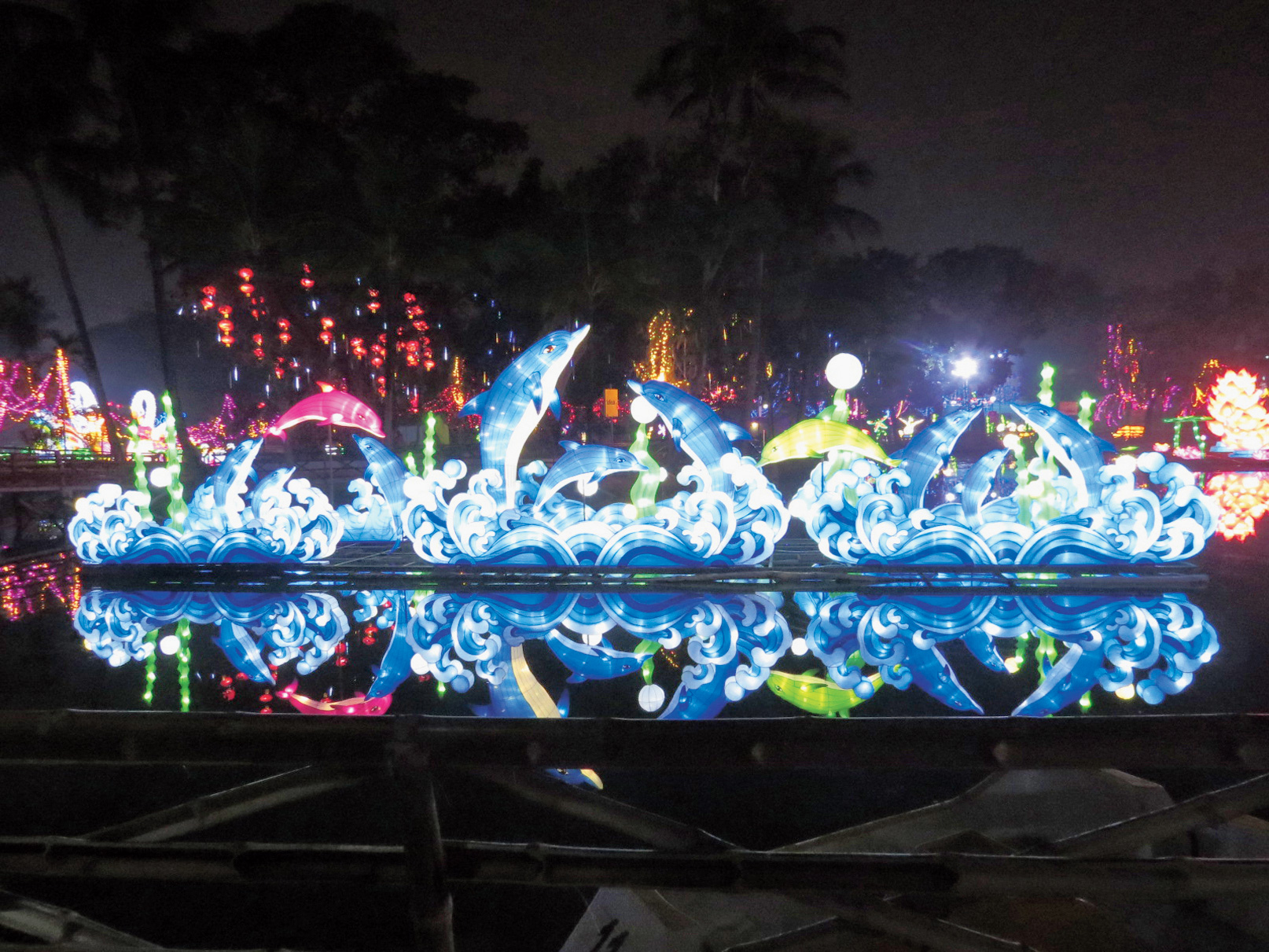 A group of fish spread over a 32ft radius in the lake. Jumping fish denote success and prosperity in Chinese culture. The festival would be on view from noon to 4pm and from 5pm to 10pm.
Sudeshna Banerjee
Sudeshna Banerjee   |   Calcutta   |   Published 26.11.18, 09:00 PM

Come December and Nicco Park will come alight with glowing shapes — some life-size, some larger than life — that are unlike anything we have seen during Diwali. These shimmering creatures have been set up in a water body and around it, creating a magical effect, especially after sunset.

“We have entered into a collaboration with one of the premier illumination companies from Sichuan, China, to present the Festival of Magical Panda Lights. This is the first time such work has been brought to India,” said Abhijit Dutta, managing director and CEO of Nicco Parks & Resorts. Zigong in Sichuan is the hub of China’s lantern-making industry.

“The lantern festival is celebrated in 38 cities across China around the Chinese New Year. But Zigong Lantern Festival is the oldest and the biggest. We get three million visitors over 50 days,” said Yeeshian Chen, general manager of Sichuan illu Trans Culture Communication, which is putting up the festival.

Traditionally on the 15th day after the Chinese New Year, children go out in the streets carrying paper lanterns. “The festival draws its origin from the Tang dynasty more than 1,000 years ago. It is a day of family reunion,” said Wang Dongping, managing director of the company. While earlier the lanterns would be simple with candles inside, over the past 45 years or so they have developed into technical marvels involving steel, silk and LED lamps, he added.

A team of 30 people worked at Nicco Park for two months, setting up the show. “The consignment came from China while the steel for the framework was bought locally,” said Dutta, who has been to Zigong and seen how the lamps are created. “Ninety per cent residents there make a living out of the lantern industry.”

First the artistes draw the shape on the ground. Then the welders replicate the drawing using steel wires. The two-dimensional shape is transformed into a three-dimensional one. For the LED lights to glow, the steel frame is supplied with power source. If any part of the shape has to move, that mechanism is provided for. Then the shapes are cut out of colourful silk on which artistes paint the features, like eyes. Finally the silk is glued to the frame. “We can create any shape. We have used 11,000 light bulbs and 15 tonnes of steel for the show here,” smiled Chen.

The company has participated earlier in the Festival of Lights in Lyon, France, as also travelled to Spain, London, Dubai and the US. “We were looking for a partner in India. We found our Mr Right in Nicco Park in Calcutta,” said Jessica Li, project assistant.

At the park, 10 lantern groups have been created. One based on Africa has zebras, giraffes and camels aglow in a cluster. Another has pandas amid a clutch of bamboo shoots. Sichuan, incidentally, is the home of the giant panda.

The gigantic figures in the waterbody create the most spectacular effect, casting shadows as brilliant as the shapes themselves. Alongside aquatic creatures like jellyfish and starfish, there are gigantic swans and fish jumping over blue waves. The biggest eye-catcher is a dragon, straddling across 171 ft in the lake and rising two storeys in height. “There are 3,500 welding joints inside it. We had to use a crane to join the head,” said Chen. Instead of flames, the dragon spews jets of water.

An Indian working in Zigong took the initiative to bring the festival here. “During my six years of stay, I used to be amazed at the beauty of the lantern festival. Now that Calcutta is hosting it, other cities can experience it and approach us to create their own lantern festival,” said Harichandran Raja, who is now heading the company’s India operations.

The festival will be on till the end of February.

A tiger walks next to a crab. This is the first time the company has created a tiger lantern. In the background giant swans can be seen in the lake.
Sudeshna Banerjee

A yellow dragon reflected in the lake as it spews a jet of water.
Sudeshna Banerjee