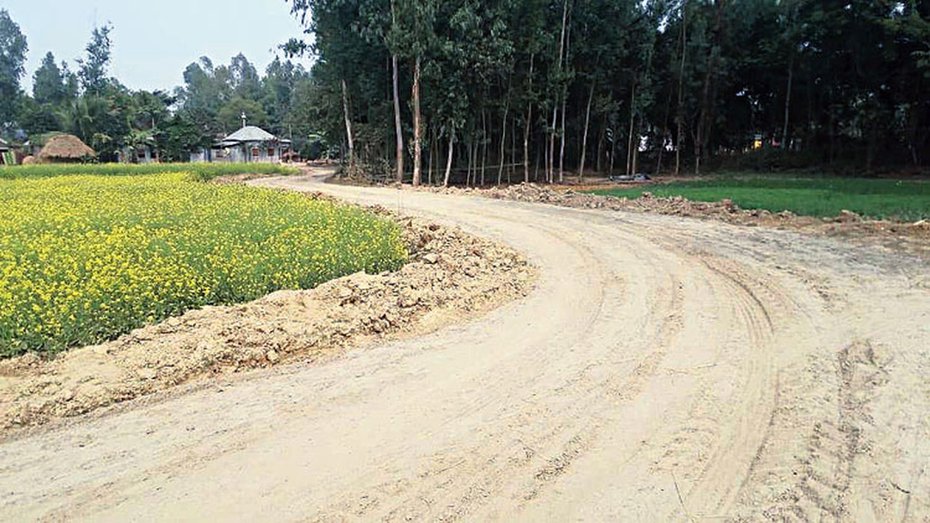 A high school teacher, who had been dragged, beaten and locked up by alleged Trinamul Congress supporters, on Tuesday narrated her ordeal before a team from the District Legal Aid Services Authority of South Dinajpur which was asked by Calcutta High Court to probe the incident.

Kusumika Dey Mitra, secretary of the authority, spoke at length to Smritikana Das, a BJP supporter, at Nandanpur village in Gangarampur block.

She had been attacked for resisting an attempt by the Nandanpur panchayat to forcibly acquire a portion of her plot for road construction on Friday. The assault was allegedly led by Trinamul panchayat deputy chief Amal Sarkar, who is still at large.

“We are here as per the direction of Calcutta High Court. We have spoken to her and assured her that we will be there for help. She can communicate with us any time,” said Mitra.

Police have posted two civic volunteers for the security of Smritikana and her mother who was also assaulted on Friday.

Balurghat BJP MP Sukanta Majumdar and some other Lok Sabha members of the party from Bengal met President Ram Nath Kovind on Tuesday with a request “to see that the administration and police conducted the investigation in an impartial manner”.

“The key accused is yet to be arrested and the victim is living in fear,” Majumdar said over the phone from Delhi.

Bengal Trinamul Mahila Congress president and minister of state for health Chandrima Bhattacharya has condemned the assault on Smritikana.

“We condemn the incident. At the same time, we want to point out that it is only Trinamul that does not delay in taking decisions in such cases. The main accused person has already been expelled from the party. Now, the law will take its own course,” Chandrima said in Balurghat on Tuesday. .