In Jharkhand and Odisha, blockade of railway tracks was lifted 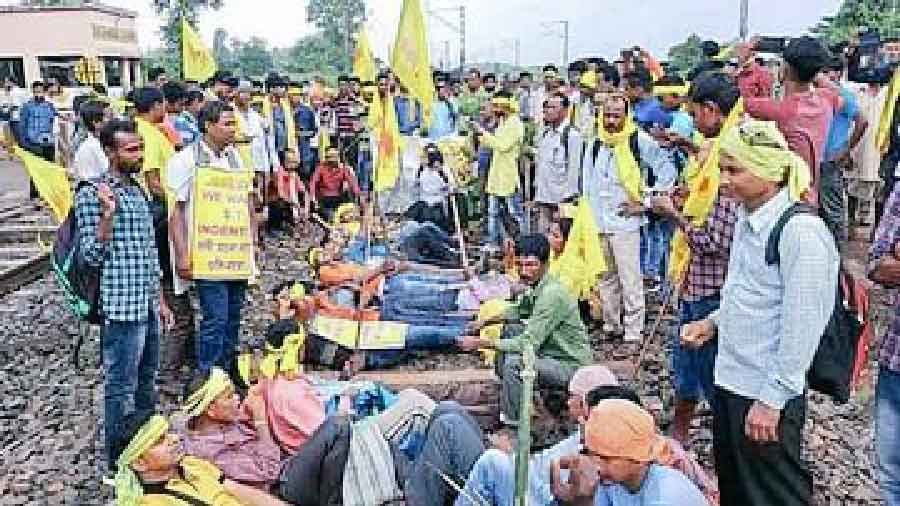 The rail blockade by Kurmis continued for the fourth day on Friday at Kustaur and Khemasuli stations of South Eastern Railway, with at least 205 mail, express and passenger trains getting cancelled thus far over the past few days, an official said.

Kurmis had first taken to rail and road blockades in Bengal and neighbouring states on September 20 demanding Scheduled Tribe (ST) status and inclusion of Kurmali language in the eighth schedule of the Constitution.

In Jharkhand and Odisha, however, the blockade of railway tracks was lifted on that very day itself, but the protest at the two stations of Bengal continued.

As many as 205 mail/express and passenger trains have been cancelled since Tuesday, he said.

Senior officers of Railways are at the two stations to monitor the situation; they are coordinating with the state government, he said.

Among the trains cancelled on Friday are 12834 Howrah-Ahmedabad Express, 18005 Howrah-Jagdalpur Express and 18615/18616 Howrah-Hatia-Howrah Express, he added.