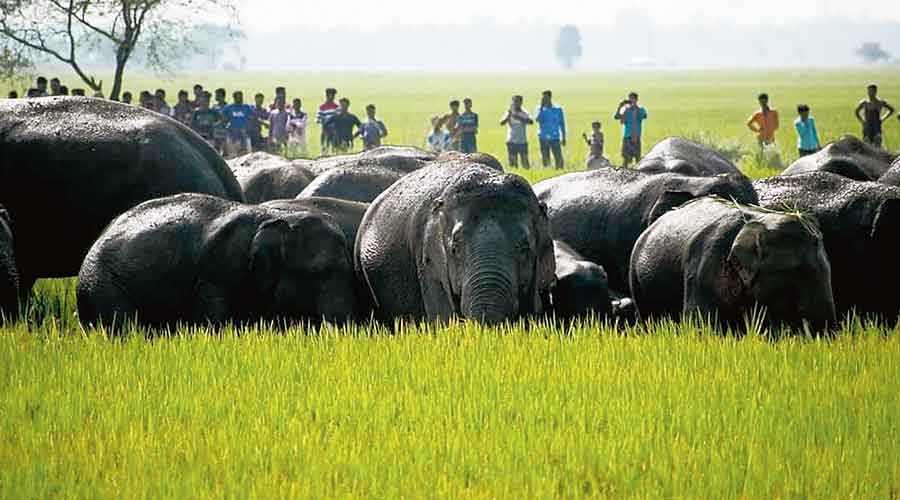 Seven jumbo calves,  among the herd of 49 elephants roaming East Burdwan’s Ausgram since the past couple of days, can’t keep pace with elders of the group, a challenge for foresters to drive away the animals back to the forests in Bankura.
The foresters, however, have managed to get the herd to move into the Bhalki forest area and decided to adopt a “go-slow” approach as the calves can’t walk as fast as other elephants.
“There are calves in the herd and so the process to drive them towards Bankura is slow. We tried to drive them away till early Saturday morning but the calves can’t move as fast. We will try again on Saturday night,” said Nisha Goswami, the divisional forest officer of East Burdwan.
A herd of 49 elephants, including seven calves, ravaged paddy farms in parts of East Burdwan on Thursday after entering the district through an unorthodox route, making it difficult for foresters to restrain them. Sources said in the past three days the animals had damaged at least  1,000 acres of paddy fields on their way, which made farmers angry.
Foresters said there were at least three calves who were very young.