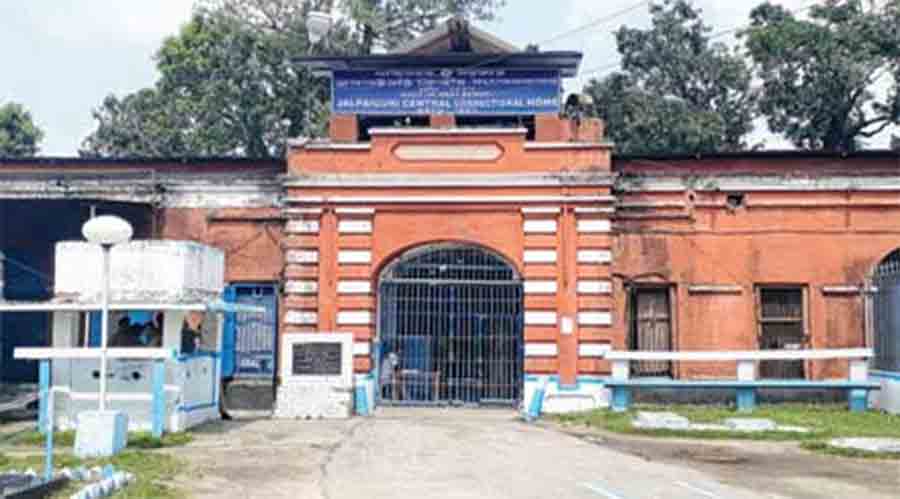 A jail guard posted at the central correctional home in Jalpaiguri was arrested on Saturday for carrying cannabis with him.

Mohammad Mafizuddin, the guard, is accused of supplying narcotics to the inmates of the correctional home. Charges under NDPS Act have been brought against him and an inquiry ordered..

Sources said on Saturday morning, as Mafizuddin joined his duty, some other guards  on duty felt he was behaving suspiciously. When they frisked him, they found at least 12 packs of cannabis (weighing around 120 grams in all) concealed in his cap.

Senior officials of the correctional home  started an inquiry and informed the police. Kotwali police led by Arghya Sarkar, inspector-in-charge, reached there.

“The guard has been arrested on the basis of a complaint filed by an official of the correctional home. He has been booked under NDPS Act and some other rules, and will be produced before the court on Sunday,” said Debarshi Dutta, SP, Jalpaiguri.

“We are trying to find out if he had an accomplice and the source of his supply,” said source.

Acting on a tip off, a team of Bagdogra police station under Siliguri Metropolitan Police arrested 12 persons from Rangapani on the outskirts of Siliguri for being involved in illegal gambling.

“We have also recovered around Rs 1.04 lakh used as board money. Such raids will continue,” said a police officer.