In parts of East and North Sikkim, the mercury was sub-zero 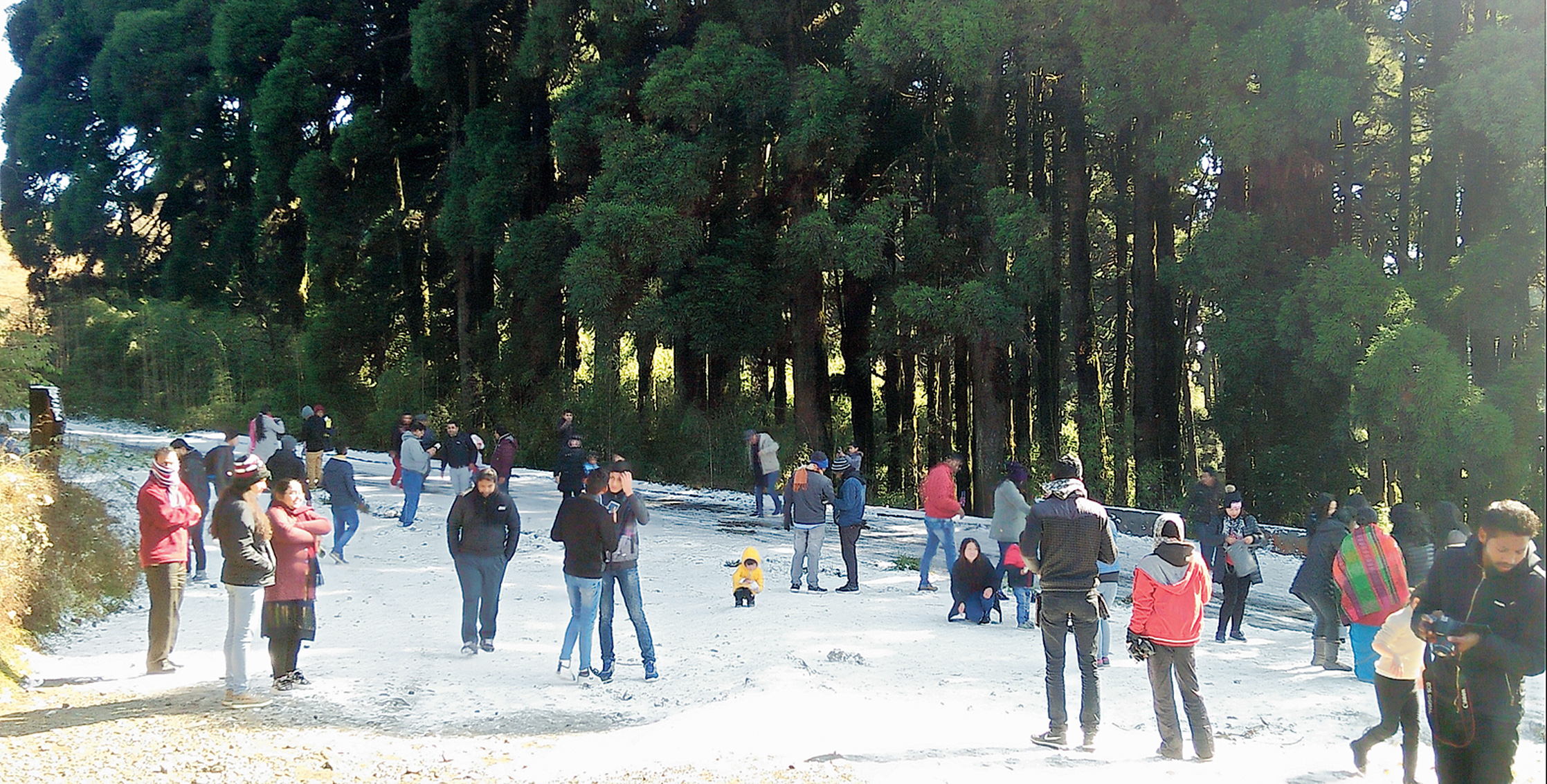 The mercury dropped to minus one degree Celsius in Darjeeling town on Saturday, leaving areas in the vicinity carpeted with ice and cheering tourists.

In Sikkim, the temperature plumbed two degrees Celsius in Gangtok and some other tourist spots like Tadong, Mangan, Namchi and Gyalsing. In parts of East and North Sikkim, the mercury was sub-zero.“The weather is likely to remain the same in the next couple of days,” said a Met official.

For Tuhin Basu at Darjeeling’s Tiger Hill, it was “like a dream coming true”. “I have been to Darjeeling many times but have never seen snowfall. It is an amazing experience to see my children playing in the snow,” said the Kharagpur resident, watching his kids slide on ice, roll snowballs and tosse some at each other.

The Basus mirrored the mood among visitors as they enjoyed the clear weather, took in the Kanchenjungha, clicked photos and played snow games. Many walked to Chowrasta and an observatory nearby to catch a glimpse of the Himalayas.

While Tiger Hill was a big draw, Rongbul and Bagora — located between Darjeeling and Kurseong — and Rishyap in Kalimpong also drew scores of visitors.

Chatakpur — a hamlet close to Sonada known for its landscapes and homestay facilities — was another big attraction.

“We have heard about Sandakphu and Phalut but snowfall in places like Chatakpur is something we had never thought of,” Ritesh Dutta, a resident of Salt Lake, said.

According to weather officials, the chill in Darjeeling will continue till New Year’s Eve.

“This time, the snowfall might have been short in Darjeeling town but it has also snowed in a number of neighbouring areas. This has given tourists more options to enjoy the spectacle. Some tea gardens were also under white cover,” said Samrat Sanyal, who is associated with travel trade in the region.

Since Friday evening when it began snowing in the hills, a beeline has begun for the hills.

“Many vehicles are arriving with tourists eager to enjoy the snow. We are on alert as the vehicles might skid in some stretches. The drivers have been asked to drive slowly and safely,” said a police officer in Kurseong.

The plains are also getting the shivers, with the mercury sliding to 5.5 degrees in Siliguri, 5.7 in Cooch Behar and 6.8 in Jalpaiguri.

“There is a chance of dense fog across north Bengal with visibility of less than 200 metres,” a weather official said.