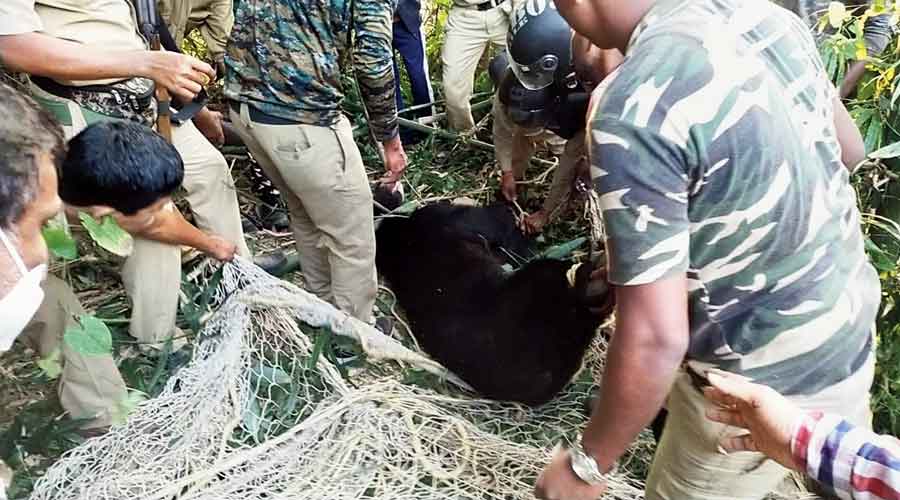 A Himalayan black bear that had strayed inside a village in Nagrakata block of Jalpaiguri district on Saturday morning was tranquillised and rescued by foresters after an effort of seven hours.

In the past three days, this is the second incident of a wild bear entering a locality in the western Dooars. On November 24, another bear had entered the Metelli tea estate, a few kilometres away from Nagrakata, and killed a 16-year-old student after which local people had beaten the animal to death.

Around 9am on Saturday, workers of Bhagatpur tea estate spotted a bear coming out of the tea bushes. Gautam Oraon, a worker, fell into a drain while trying to escape and got injured. The bear then entered the plantations of Gathia tea estate and reached Maynatoli, a village nearby. There, it took shelter at a bamboo plantation.

Nearly 10 teams of foresters and the police, reached Maynatoli. Finally, around 3.30pm, the animal was tranquillised and the foresters managed to cast a net on it. It was then carried to a cage in a vehicle and shifted to the Gorumara National Park.

The foresters said the bear was fine. “It will be released soon in Neora Valley National Park,” said an official.