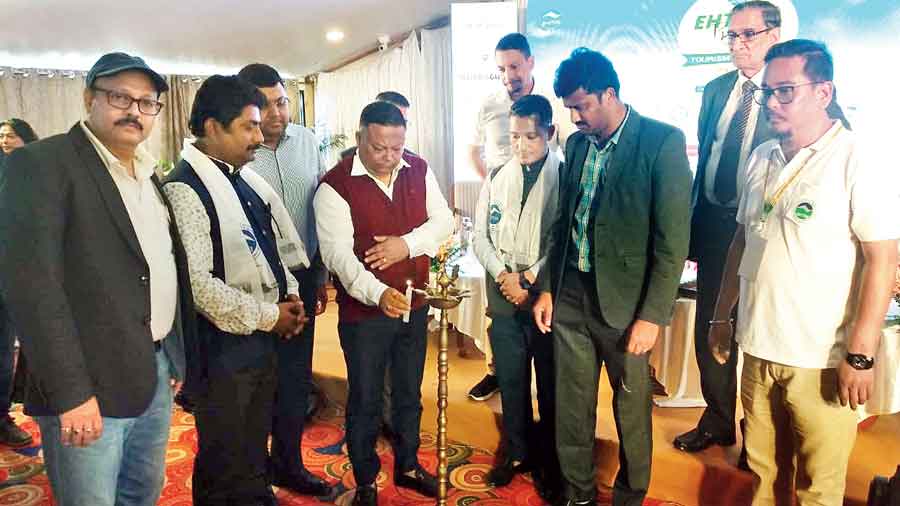 Officials of the Bengal government, the Gorkhaland Territorial Administration (GTA) and the Darjeeling municipality on Sunday spoke in unison on working together with tourism stakeholders to promote the region and increase the inflow of international tourists.

At an international tourism conclave in Darjeeling of the Eastern Himalaya Travel and Tour Operators’ Association (EHTTOA) and the Indian Chamber of Commerce (ICC), Anit Thapa, the chief executive of the GTA, stressed on a “congenial atmosphere” in the region.

“Darjeeling is globally known. But what we need to do is to maintain a congenial atmosphere in the region for steady inflow of tourists. We have seen the situation in the hills from 2007 to 2017 and how it has changed since then. We want Darjeeling to be a strike-free zone. The tourism department of the GTA is putting in all efforts to draw tourists,” said Thapa at the inaugural session of the two-day conclave.

Saumitra Mohan, the principal secretary of state tourism department, who was present virtually, said tourism was always a key focus area in the Mamata Banerjee government.

“Tourism contributes around 13 per cent to the state’s GDP. We have worked out on policies related to incentives and homestays. Homestays have emerged as a new earning option for the rural population,” said Mohan.

Ritesh Portel, the civic chairman of Darjeeling, added: “The civic body is ready to extend all help to develop tourism. We are also working on various issues to improve civic services in the hill town.The conclave also has delegates from Bangladesh and Nepal. “We want cross-border tourism to grow,” said Sandipan Ghosh, the general secretary of the EHTTOA.

“Communication with our neighbouring countries has developed…. A train service has started between Dhaka and New Jalpaiguri. Also, Bangladesh has conducted a trial run of buses from Dhaka to Nepal via this region. Altogether, we believe it is time to promote north Bengal and Sikkim in an integrated manner with these countries,” Ghosh said.

“It is good that we have been assured of cooperation and necessary help from the state government, the GTA and the local civic body of Darjeeling, the most popular tourist destination of the region. We hope to come up with some resolutions and an action plan as to how to move further,” he added.Nishant Mittal, the chairman of ICC north Bengal, said they are exploring new avenues like promoting tourism for orchid and mango lovers.“We are promoting orchid and mangoes to bring in interested tourists. The idea is to promote these items as well as the regions like the hills and the Malda district where these products grow,” said Mittal.