Helmet campaign by Calcutta police with leaflets in Bengali, Hindi and Urdu 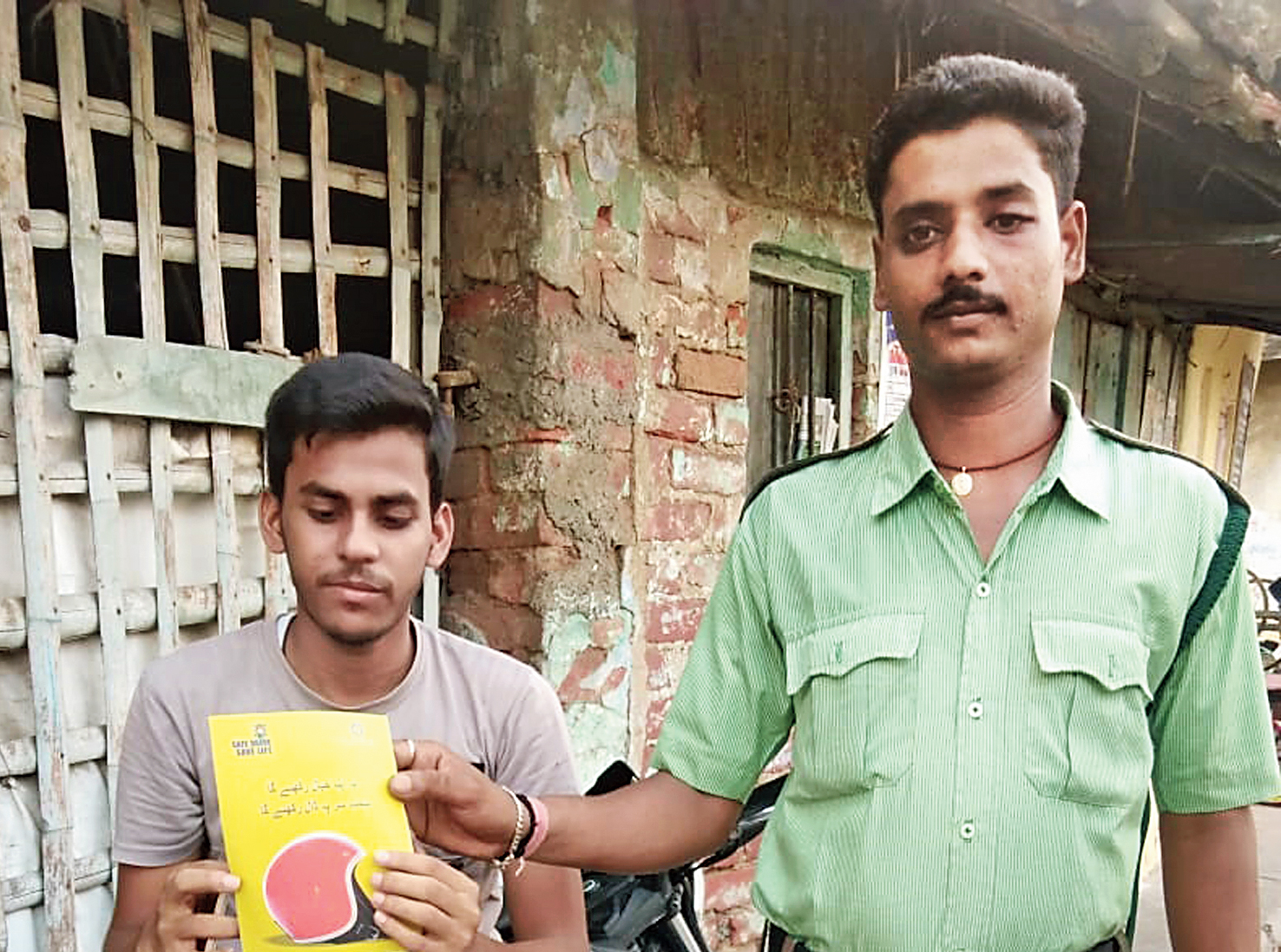 Calcutta police are distributing leaflets in Bengali, Hindi and Urdu urging bikers to wear helmets and reminding them that they needed to wear the headgear for their own sake.

Officers said the leaflets were being distributed in those areas where violations were most rampant.

The Bengali leaflet reads “Mathaay rakhben,” which has a double meaning — “keep in mind” and “keep (the helmet) on the head”.

This is the first time the Calcutta traffic police are distributing leaflets across the city with special emphasis on areas where bikers are often spotted violating traffic rules.

Officers at Lalbazar said 25,000 leaflets in three languages had been printed for distribution across the 25 traffic guard areas in Calcutta.

The areas where the leaflets were distributed on the first day of the drive on Monday were Park Circus, Metiabruz, Tangra, Tiljala and Topsia.

An officer said people in several pockets were under the impression that wearing a cap was equivalent to wearing a helmet while riding a two-wheeler.

“We are trying to remove the misconception and make them realise that wearing a helmet was not a luxury but a necessity to protect his or her head,” the officer said.

Calcutta police have prosecuted over 2,000 errant bikers on three consecutive nights since Friday. Most of them were booked for not wearing helmets, “triple riding” (three persons riding a bike), drink driving and reckless driving.

An officer who has worked in two divisions in Calcutta police said a helmetless biker he had booked in central Calcutta had asked him whether it was mandatory to wear the headgear after 8pm.

“The biggest problem is ignorance,” the officer said.

A senior officer who has worked in the traffic department said earlier they would never launch any drive in certain pockets of the city fearing law and order problems.

“The apprehension was not entirely unfounded. It becomes difficult for a lone traffic cop to manage a mob where the level of awareness is low. The current drive has been launched by the traffic police department and the respective police stations. We hope the drive will fetch the desired result,” the officer said.

The ongoing drive was triggered by the heckling of a woman and the driver of the app cab she was travelling in, at the Exide crossing and then at Lake Gardens, by some helmetless bikers early on June 18.

The woman — model Ushoshi Sengupta — had approached an officer standing in front of Maidan police station, less than 100m from where she was heckled at the Exide crossing, but was allegedly told that the spot was in a different police station area.

She had allegedly received a similar response initially when she went to Charu Market police station later that night to lodge a complaint.