He was a recipient of various awards, including Bango Ratna, Abbasuddin Award, Panchana Barma Memorial Award and Lalon Award among others 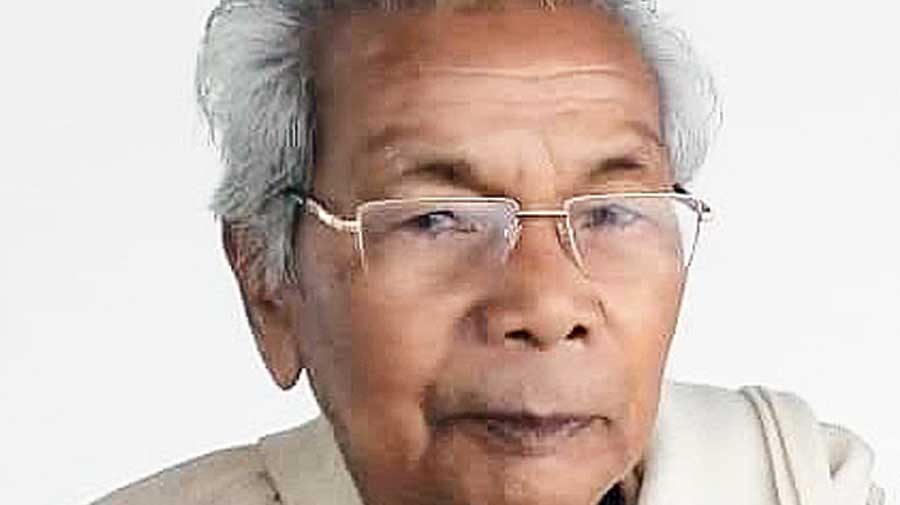 Dhaneswar Roy an eminent exponent of Bhawaiya, popular folk music among the Kamtapuri speaking people in the region, breathed his last on Saturday. He was 89.

Roy — a recipient of various awards, including Bango Ratna, Abbasuddin Award, Panchana Barma Memorial Award and Lalon Award among others — sang and penned songs on a range of issues from tourism in the region to  Gorkhaland movement.

Family sources said Roy, a resident of Jateswar under Falakata block in Alipurduar had been unwell for the past couple of months.

“He was admitted to Falakata Super Speciality Hospital on Friday morning after his condition deteriorated. Today (Saturday), he was referred to the North Bengal Medical College and Hospital in Siliguri. He suffered a cardiac arrest and breathed his last on his way to the hospital around 10.30am,” said a family source.

The funeral of the singer was held on Saturday afternoon.