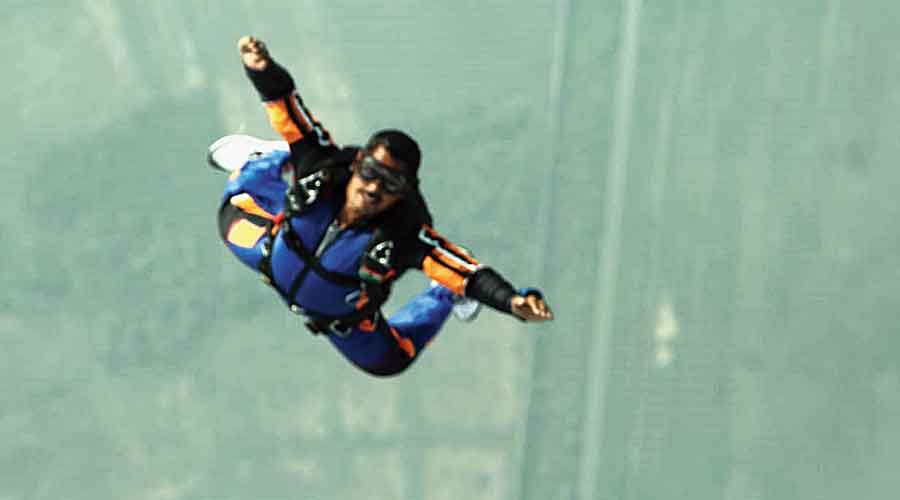 Group Captain Jai Kishan, principal of the Himalayan Mountaineering Institute in Darjeeling, will receive the Tenzing Norgay National Adventure Award, the highest honour in adventure sports in India, under the lifetime achievement category, making him the first person from India’s defence forces to get the award twice.

The 50-year-old Indian Air Force officer had received the same award in 2010 in the air adventure category for setting a world record with a skydiving jump over the base of Mt Everest.

Apart from him, two more defence personnel and four civilians will receive the national adventure awards this year on November 13 at the Rashtrapati Bhavan. Typically, the award is given in four categories, land, water and air adventure and lifetime achievement.

The award comprises a statuette, certificate and a prize money of Rs 15 lakh.

Not just a skydiver, Kishan is a parachute jump instructor and a qualified mountaineer who holds six world records, one Asian record and six national records in adventure sports.

In the last 20 years, he has trained more than 20,000 para jumpers and more than 3,000 mountaineers and adventure enthusiasts, and personally undertaken more than 2,000 parachute jumps in India.

In April 2021, he successfully led an expedition to four peaks in Sikkim in which 125 trainee mountaineers climbed four peaks in 125 hours and unfurled a 7,500sqft Indian Tricolour at Mt Rhenok in Sikkim to mark the 125th birth anniversary of Netaji Subhas Chandra Bose as well as 75 years of India’s independence.

Amid the Covid-19 pandemic, he has rescued 125 mountaineers from Sikkim Himalayas.

Some of his other notable achievements include inverted parachute formation at India Gate, performing yoga at Mt Elbrus (18,600 feet) in Europe, training 250 youths from Darjeeling to form a disaster response team and organising record-breaking yoga sessions at HMI, Darjeeling.

A five-member committee submits their recommendations to the Union minister of youth affairs and sports for the approval of the awardees.