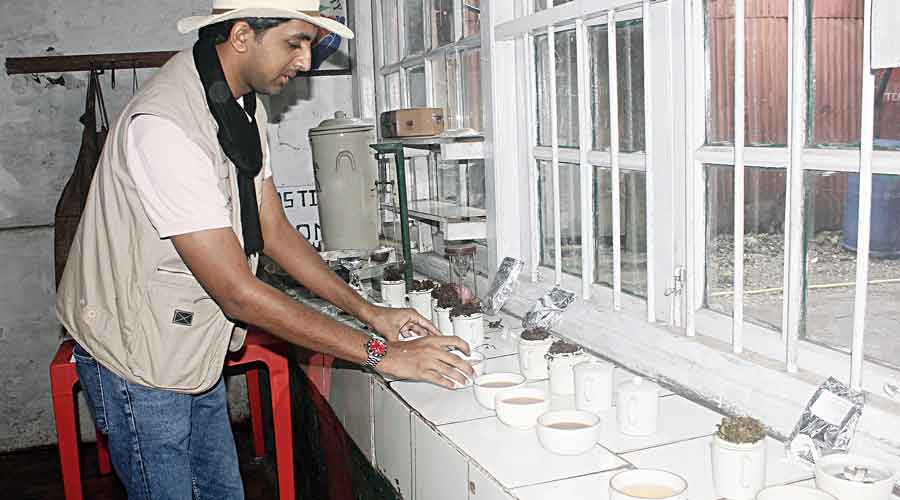 Hill entrepreneurs Sparsh Agarwal and Ishaan Kanoria have teamed up with tea connoisseur Rajah Banerjee to come up with a new concept to sell exotic teas from Selim Hill, a tea estate spanning 1,000 acres named after a 19th century British planter.

Sparsh said they were offering green and black teas of four flushes — first, second, monsoon and autumn — in an annual subscription mode. “Within three weeks of our launch, we found over 300 customers,” he said.

A buyer can get a kilo of tea, of 250-gram packs of each flush in a year, for Rs 2,100. The brand “Dorje” derives its name from one of the origins of the word Darjeeling.

The entrepreneurs have  chosen the steam loco of the Darjeeling Himalayan Railway (DHR), a Unesco certified world heritage site, as the brand’s logo.

Although Darjeeling tea is known worldwide for its muscatel flavour and  close to a million kilo is produced by 87 tea estates in its hills, a number of tea gardens are facing financial problems.

“It is a picture of contrasts. That is why, we decided on innovation. We’re taking up a new initiative to offer teas of four different flushes to tea lovers round the year through the annual subscription mode. Our plan is to build a subscriber base of around 50,000 people who would get our exotic teas delivered at home,” said Sparsh.

Banerjee,who once owned the famous Makaibari brand, has now come up with a new brand, Rimpocha. He is playing the mentor to these youths.

“We need to explore new options for the revival of the Darjeeling tea industry, which include new channels to merchandise the teas,” said the septuagenarian tea connoisseur.