Case pertains to a multi-crore coal pilferage scam related to an Asansol mine, TMC leader to appear on September 6 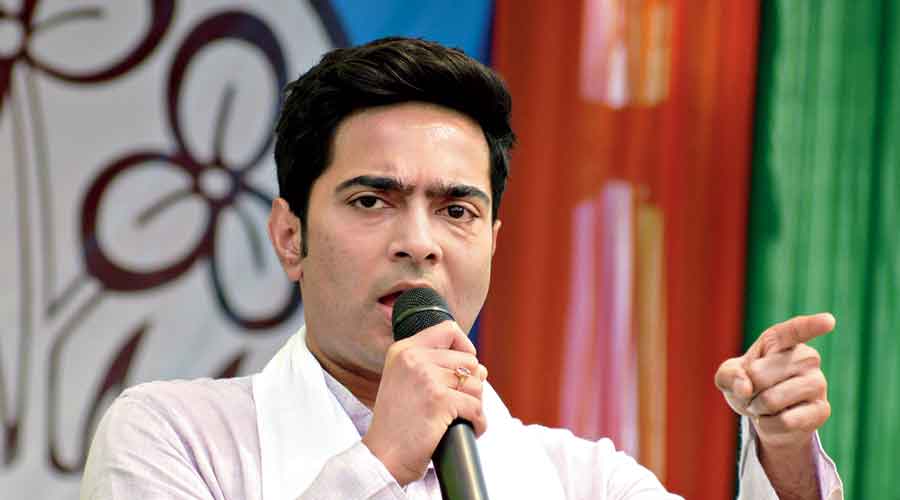 The Enforcement Directorate (ED) has summoned Bengal Chief Minister Mamata Banerjee's nephew and TMC MP Abhishek Banerjee and his wife for questioning in a money laundering case linked to an alleged coal scam in the state, officials said on Saturday.

Abhishek Banerjee, 33, represents the Diamond Harbour seat in Lok Sabha and is the national general secretary of the Trinamul Congress (TMC).

He has been summoned to appear before the investigating officer of the case here on September 6, while his wife Rujira has been sent a similar summon under the Prevention of Money Laundering Act (PMLA) for September 1.

Rujira had earlier been grilled by the Central Bureau of Investigation (CBI) in the case.

Some Indian Police Service (IPS) officers and a lawyer linked to Abhishek Banerjee have also been summoned to appear on different dates next month in the same case, the officials said.

Reacting to the development, Mamata later in the day said that the BJP was using central agencies against them and challenged it to fight against her party politically.

"Why are you unleashing the ED against us. Against your one case, we will raise bagfuls. We know how to fight back. We know the history of Gujarat," Mamata was quoted as saying by ndtv.com.

Addressing an event of the foundation day programme of TMC, she noted that allocation of rights for natural resources like coal comes under the ambit of the Union government.

"No use pointing fingers at the Trinamul for corruption in coal. It is under the centre. What about its ministers? What about the BJP leaders who looted the coal belt of Bengal, the Asansol region," she said in her attack.

This case, registered under criminal sections of the PMLA, was filed by the ED after studying a November, 2020 FIR of the CBI that alleged a multi-crore coal pilferage scam related to Eastern Coalfields Ltd. mines in the state's Kunustoria and Kajora areas in and around Asansol.

The ED had earlier claimed that Abhishek Banerjee was a beneficiary of funds obtained from this illegal trade.

He has denied all charges.

The agency has made at least two arrests in this case. One of them is Vikas Mishra, the brother of TMC youth wing leader Vinay Mishra. Vinay Mishra is stated to have left the country sometime back and probably has also renounced his Indian citizenship.

The second person arrested by the ED in the case early this year is former Inspector in-charge of Bankura police station Ashok Kumar Mishra.

The ED had earlier claimed that the Mishra brothers received "proceeds of crime worth Rs 730 crore on behalf of some influential persons and for themselves" in this case involving an estimated amount of Rs 1,352 crore.

A "deep system" of political patronage and a "well-oiled" machinery was used to brazenly carry out certain unlawful coal mining in Bengal, the ED has claimed before a court while seeking the remand of Inspector Mishra in April.

A charge sheet was also filed by the ED in May this year.

Quoting the recorded statement of an unidentified "close associate" of Majhi, the ED had earlier alleged that prime suspect Majhi had been running his "illegal coal mining business smoothly by managing senior functionaries of political party of West Bengal though Inspector Mishra."

The statement of this unidentified "witness" furnished by the ED in the remand note stated that "it is known fact that Vinay Mishra collected money from illegal coal mining of Majhi and his associates for his closely associated political boss in present ruling party; that Vinay Mishra is youth leader of TMC and he is very close to Abhishek Banerjee and that he (Vinay Mishra) is the eyes and ears of Abhishek Banerjee."