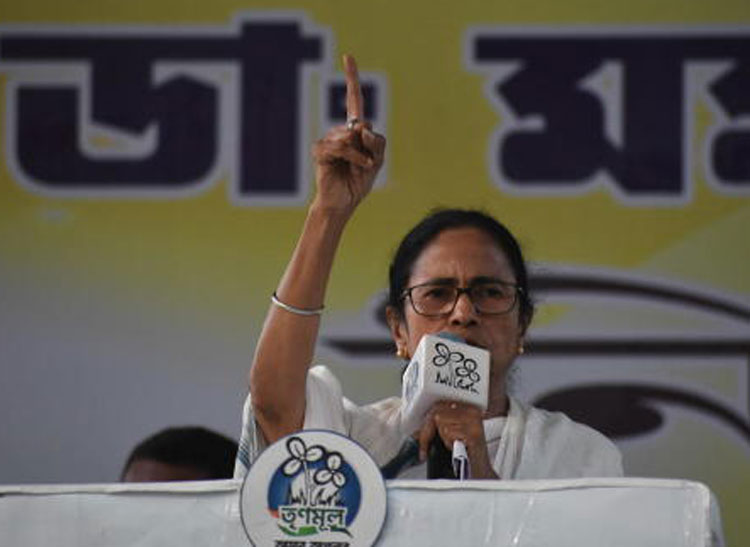 Mamata Banerjee on Tuesday said Narendra Modi should get “a tight slap of democracy” for calling the Trinamul Congress a party of tolabaji (extortion) and vowed to oust the BJP from power in New Delhi.

Addressing a rally in Purulia’s Raghunathpur, the Trinamul chief said she was not going to bow her head to the alleged pressure tactics of the RSS-BJP parivar and asked the people to give Modi a fitting response in the general election.

“When Narendra Modi came to Bengal and called my party tolabaji and accused our government of being run by syndicates, I felt he should get a tight slap of democracy.”

“In the coming days, our party, along with all others, will form the government at the Centre…. Get rid of the BJP from Bengal, from Delhi,” she added.