Abhishe sought exemption from appearance today as his wife is unwell 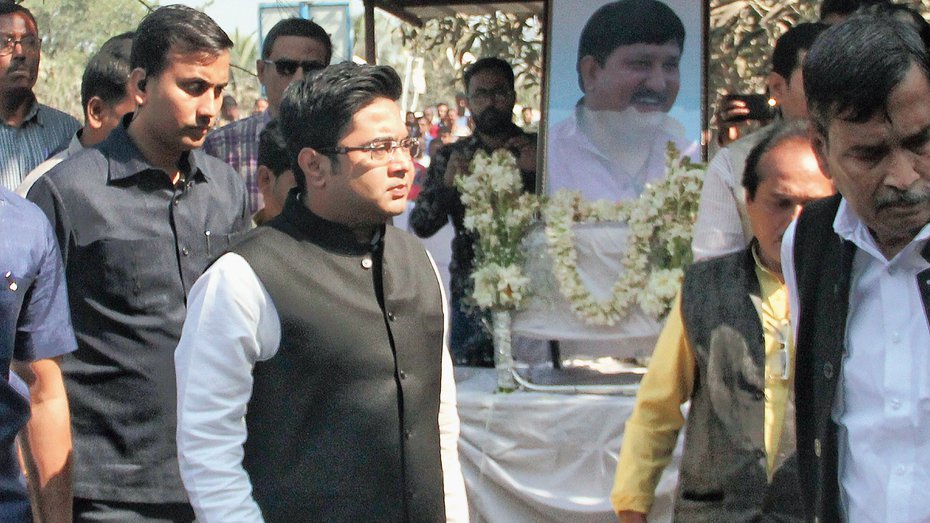 A Delhi court on Tuesday directed Trinamul MP Abhishek Banerjee, who is the nephew of Bengal chief minister Mamata Banerjee, to appear before it on September 7 in a case of allegedly filing a false affidavit with his nomination papers for the Lok Sabha elections of 2014.

Additional chief metropolitan magistrate Samar Vishal summoned Abhishek, the MP from Diamond Harbour, on Tuesday in the complaint alleging that he had filed a false affidavit regarding his education qualification.

However, his counsel told the court that there was a medical emergency since Abhishek's wife was unwell and he was assisting her.

The advocate prayed for exemption for Abhishek from personal appearance for the day.

The court noted the submissions and the medical reports and and directed the accused to appear on the next date of hearing on September 7.

The court had on July 11 summoned him in the complaint, filed through advocate Neeraj, alleging that he falsely stated his qualification as MBA and also concealed information regarding his education qualification about graduation.

'Abhishek deliberately gave false information with intention to cheat public at large by falsely representing himself to be highly qualified candidate which created a false impression,' the complaint said.