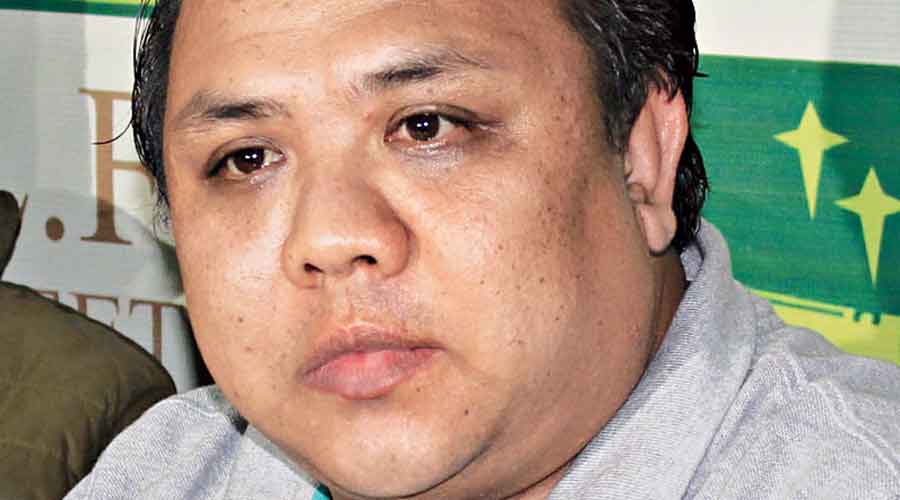 Neeraj Zimba, BJP MLA from Darjeeling, has written to Prime Minister Narendra Modi expressing disgruntlement for not including Darjeeling MP Raju Bista in the new cabinet.

Zimba has also stated that his government has taken “no substantial steps” towards fulfiling the commitments made to the people of the region, making the Indian Gorkhas believe that BJP is “never serious” about Gorkhas and their issues.

Four first-time Lok Sabha MPs from Bengal — Nishith Pramanik, John Barla, Santanu Thakur and Subash Sarkar — were inducted in the new cabinet on Wednesday. Pramanik, from Cooch Behar, was made junior home and youth affairs and sports minister. Barla, from Alipurduar, was made MoS in the ministry of minority affairs. The other two MPs, Thakur and Sarkar, also took oath as ministers of state.

In his letter to Modi, Zimba stated that the people of the region wanted Darjeeling MP Bista in the new cabinet and has backed the claim stating that Bista was instrumental in the party’s growth in north Bengal.

“With 100% per cent results in the Darjeeling district, Raju Bista Ji has delivered 5 out of 5 seats from the district and has also influenced Gorkha voters in about 10 seats across the north Bengal region,” wrote Zimba.

Zimba alleged that the BJP-led central government had taken no substantial steps towards fulfilling the commitments made to the people of the region.

“The people of Darjeeling have fully trusted the BJP leadership to this date, despite the fact that no substantial steps have been taken towards fulfilling the commitments made towards the region vis a vis the Sankalp Patra and the repeated assurances made by the Central BJP leadership,” Zimba’s letter stated.

In the 2019 Lok Sabha election manifesto, the BJP had promised a permanent political solution for the region and granting of tribal status to 11 hill communities.

“Sir, the much-talked-about finding permanent political solution to the region’s issues seems to be gathering dust,” wrote Zimba. He alleged that there is a lack of “political will” to grant tribal status to 11 hill communities. “…while the demand for the inclusion of 11 omitted Gorkha communities is lost in the quagmire of bureaucracy, due to the lack of political will,” Zimba’s letter said.

“The demand for establishing a central university in Darjeeling has been denied despite several assurances given to MP Raju Bista by the Hon’ble minister. All official responses to the issue of the Gorkha community and the Darjeeling region have only been met by a stoic silence,” Zimba wrote in the letter.

Darjeeling has been electing BJP MPs since 2009 starting with Jaswant Singh, S.S. Ahluwalia and Raju Bista in 2019, Zimba told to Modi.

“Not including MP Raju Bista Ji in the new ministerial team has not only demotivated the dedicated party workers but the entire Indian Gorkha community who feel that BJP is never serious about the Gorkhas and their issues,” Zimba stated in the letter.

Many in the hills believe the content of Zimba’s letter is a sign of growing discontent towards BJP which is seen making tall claims for the community without anything concrete to show on the ground.