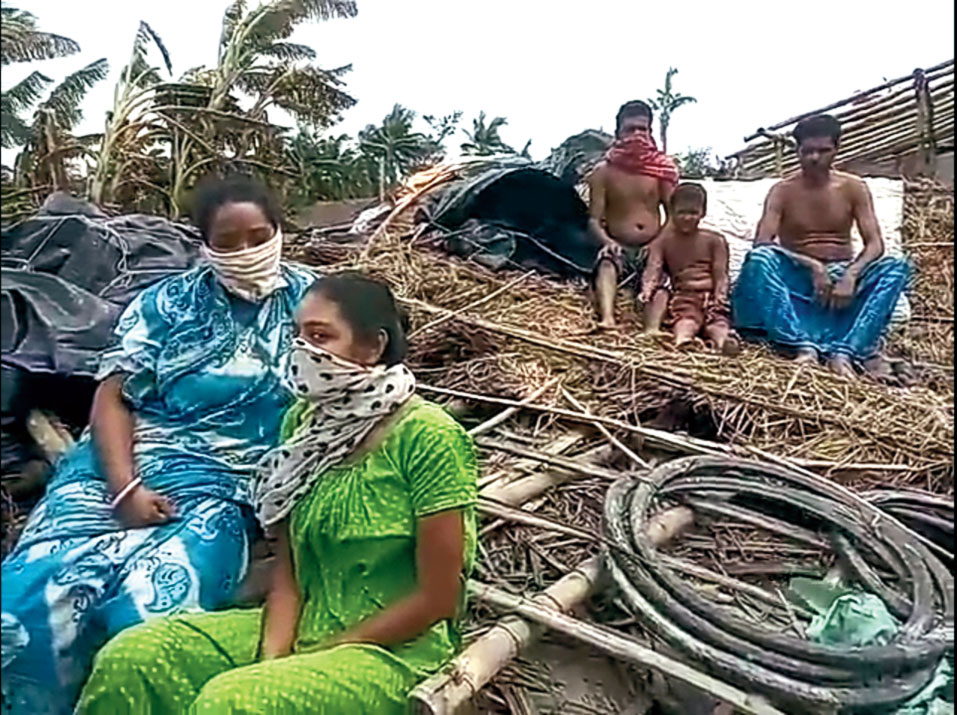 Priyatama Mandal, 18, and her mother Pratima were unsure of their future as they sat near their ravaged house at Birampur village in Basirhat.

Like many of their neighbours, Cyclone Amphan triggered tidal waves from the Ichhamati river on the night of May 20. The waves were too big for the thatched dam on the Ichhamati’s contributory Chourichara to resist and as it gave in, the tsunami of water destroyed Priyatama’s home, along with her testimonials and books.

“Cyclone has become an annual affair. We have been getting used to cyclones but this is the first time that we have lost almost everything. My books, admit card, registration certificate and personal documents were damaged beyond recovery,” Priyatama, a student of Basirhat’s Sangrampur BKAC Institution, said.

Like Priyatama, a few thousand students in North 24-Parganas and South 24-Parganas lost their testimonials with exams round the corner.

The HS examinations were postponed with three papers left because of Covid-19. The council announced last week that the examinations for the remaining papers would be held on June 29, July 2 and 6.

“I don’t know how to prepare for the remaining exams. I can’t borrow books from friends because they have been hit by the same problem. My father, who is a farmer, is not in a position to buy new books. I don’t know if the board will allow me to take the exam as my admit card and registration certificate were damaged,” Priyatama said.

Pratima, however, appeared optimistic. To revive the morale of her daughter, she asked her not to “lose heart, rather learn to fight the odds”. Pratima hoped the school authorities would help Priyatama. “My daughter is not the only one, but there are many other students who are facing the same problem in Basirhat. The school authorities must come to their rescue,” Pratima said.

Sources in the HS council office in Calcutta said students who had lost their admit cards or registration certifications would have no problem to appear in the remaining tests.

Debdas Sarkar, a teacher of Basirhat Town school and a member of the council’s district advisory committee, said: “The issue has been discussed with the council and it has been made clear that students who lost their admit cards to Amphan will be allowed to appear for the exam. Students should not panic. We will verify their signatures from their previous records but these students should later appeal to get duplicate admit cards for their personal record.”