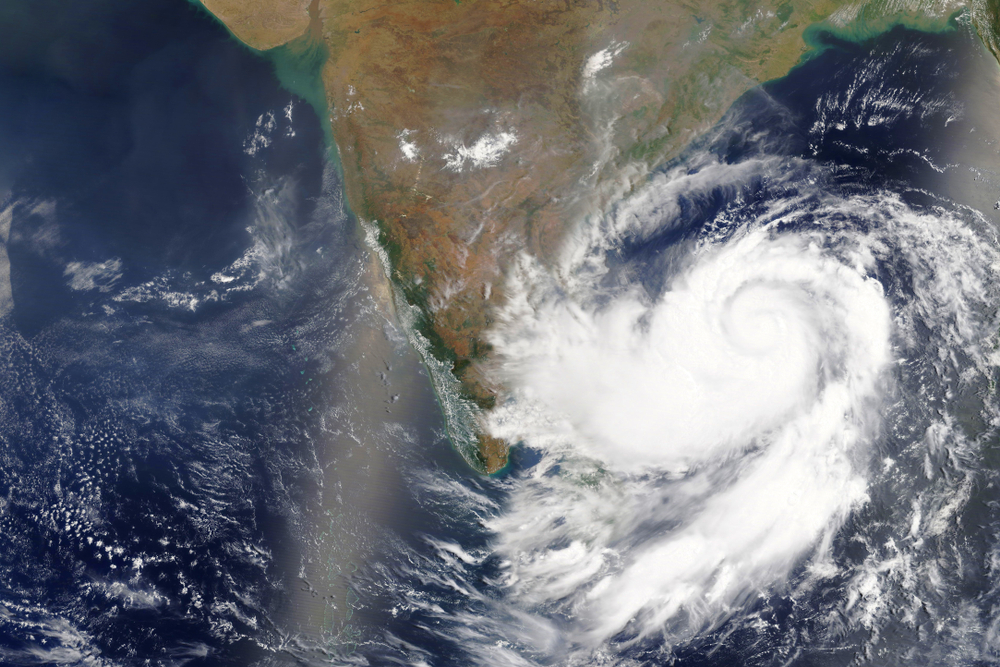 A cyclonic storm, located over south central Bay of Bengal on Sunday, is tipped to make landfall between Digha in Bengal and Hatia island in Bangladesh on Wednesday evening, the Met office said.

'The trajectory is mostly towards Bengal, Sagar Islands and probably towards Bangladesh.... But we have to watch the trajectory very closely. NDRF has deployed the teams well in advance. They are either deployed or moving towards the destination,' S.N. Pradhan, the chief of the National Disaster Response Force (NDRF) said in New Delhi.

As it rolls in towards the Indian shores ominously, the cyclone is likely to unleash heavy rain and high-velocity winds in large swathes of coastal Odisha and Bengal.

It is likely to cross the Bengal-Bangladesh coasts between Sagar Islands in Bengal and Hatia island in Bangladesh between afternoon and evening of May 20 as a very severe cyclonic storm, the regional MeT director in Calcutta, G.K. Das said.

Odisha, which has been ravaged by a string of cyclones over the past few years, including the cyclone Fani last year, has made arrangements to shift 11 lakh people from vulnerable areas, special relief commissioner (SRC) P.K. Jena said.

He said of the 809 cyclone shelters in the 12 coastal districts, 242 are currently being used as temporary medical camps for the returnees from different states amid the Covid-19 lockdown.

'We have 567 cyclone and flood shelters available to house the people in case evacuation is required. In addition, we have arranged 7,092 buildings to keep people if required,' Jena said.

'The Odisha Disaster Rapid Action Force (ODRAF), NDRF and fire service personnel have already been sent to the districts. We are also in constant touch with the Indian Coast Guard, IMD and NDRF for any requirement,' he said, adding 'saving lives is our priority'.

Under its impact, the coastal districts of Gangetic Bengal, including North and South 24 Parganas, Calcutta, East and West Midnapore, Howrah and Hooghly are likely to experience light to moderate rain at many places with heavy downpour at isolated places on May 19, Das said.