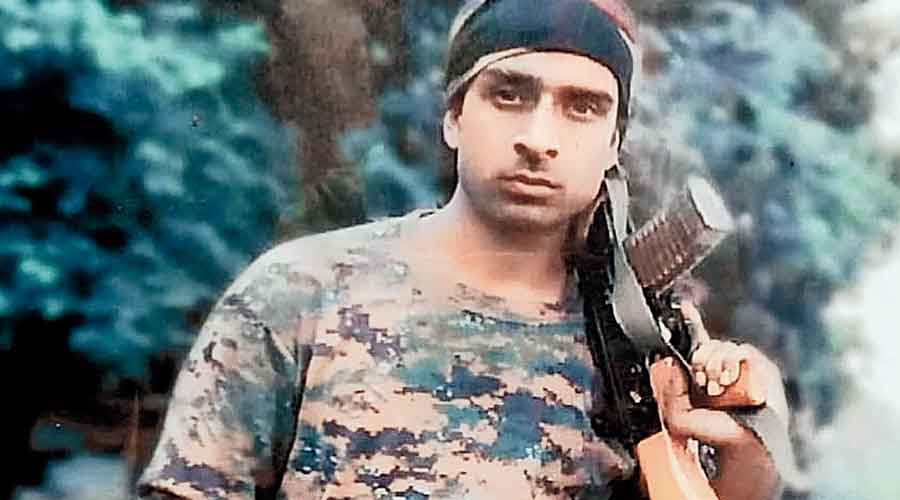 CRPF constable Rajib Mondal, 32, of Nadia’s Debagram had cut short his vacation last month to resume duty in Chhattisgarh’s Sukma, promising his wife Sulekha to return home to celebrate New Year with her and their two daughters.

Rajib’s promise to his wife stayed unfulfilled. The young jawan, along with three other CRPF personnel, was killed when one of his colleagues opened indiscriminate fire at him from his service rifle (AK-47) at a camp of the paramilitary force in Lingalapalli village in Sukma around 3am on Monday.

The constable attached to the 50-Battalion of the CRPF died on the spot as bullets pumped by accused jawan Ritesh Ranjan pierced his chest and abdomen before he could resist his colleague.

Rajib and his three other colleagues were rushed to Government Area Hospital at Bhadrachalam in adjacent Telangana. Doctors declared all of them dead.

On Sunday evening Rajib, the son of a farmer, had made a call to his wife Sulekha, where they had again spoken his plan to visit home in the last week of December to celebrate New Year’s Day.

“He returned to Sukma on October 8 to resume duty. But he promised us to visit home to celebrate New Year with our children. He will never return,” said an inconsolable Sulekha as she held on to her two daughters aged 5 and 3, respectively.

Youngest among the three siblings, Rajib had joined the CRPF in 2010 after passing the higher secondary examination. He joined the CRPF to overcome the financial crisis and the job gradually began to change the condition of the family.

“Before Rajib joined the CRPF, we were struggling for survival. With Rajib’s support, the financial condition of the family had been improving a lot,” said Mujibur Mondal, a farmer and father of the deceased jawan.

He added he did not know what the future held for his family with Rajib no more.

A pall of gloom enveloped Debagram’s Jompukur village after a CRPF officer broke the news to family members of Rajib around 6am on Monday. “The official initially told us that Rajib was injured in an explosion, but later we came to know from TV news that he had been killed when one of his colleagues had fired at them,” said Rajib’s elder brother.

Trinamul’s youth wing’s Kaliganj block president Kajal Seikh said: “It is unbelievable that Rajib is no more. He was a good friend and neighbour.”

Rajib’s body is expected to arrive at his village on Tuesday afternoon, an official of the Nadia district administration said.