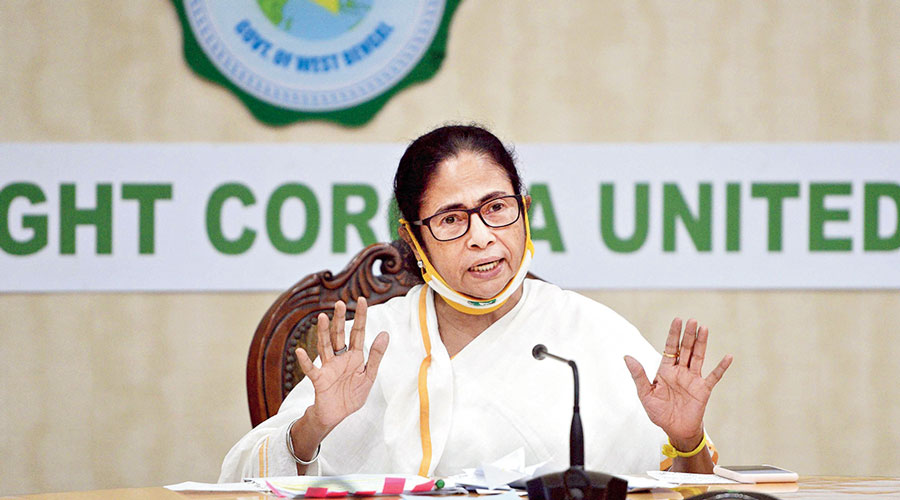 Mamata Banerjee on Friday wrote a letter to Prime Minister Narendra Modi, urging him to be fair and quick in allotting PSA plants for hospitals amid the surge in Covid-19 cases as repeated change in plans were hurting Bengal’s efforts to set up such plants on its own.

PSA (Pressure Swing Adsorption) plants makes medical oxygen for hospitals from the air in the atmosphere and it has become a need for the Covid care facilities amid the huge demand in the midst of the second wave of the pandemic.

Supply of medical oxygen to the hospitals has become irregular because of rise in demand in different states.

“For quite some time now, the GOI apparently has been contemplating to supply PSA plants to hospitals in states. But the matter is not progressing much. Priorities are being fixed and refixed, implementing agencies (DRDO, NHAI) are being settled and unsettled, quota for West Bengal is being downwardly revised and further downwardly revised every day,” the chief minister wrote in her letter.

Sources in the health department said the state government had prepared a plan to set up PSA plants at 105 hospitals across the state.

But at that time, the Centre had announced that it would set up 551 such plants across the country. Bengal was supposed to get 70 of them.

“As a result, the state’s plan was tweaked and we have later heard that only four PSA plants would be set up in the first phase. But we were not informed about the fate of the remaining plants,” said a senior health department official.

According to sources in the health department, the state’s requirement of medical oxygen is more than 450 tons a day these days.

“We are managing to meet the requirement somehow. But the problem is that supply is getting delayed in some of the hospitals for transport and refilling-related issues. The PSA plants would help in the hospitals’ continuous supply of oxygen, which is the need of the hour,” said an official.

The chief minister urged Modi to set up such plants by setting priorities as Bengal remains one of the states where the requirement of medical oxygen could go up in the next few days, the sources said.

“I request you to kindly get the priorities, implementing agencies, and quota fixed, justly, fairly and quickly.

Our own supplementary PSA-installation plans by our state agencies and on the strength of our own funds are getting disturbed because of the indecisiveness at Delhi,” Mamata wrote.

Sources in the state government said the chief minister had sent the letter only to make Delhi aware that the state needed more oxygen in the coming days as infections were rising.

“Now, the requirement in Delhi has come down and some states like Maharashtra are showing signs of getting stable in terms of new Covid cases. But states like Bengal need to get the priority as cases are still going up,” said an official.

The chief minister had earlier written a letter to the PM urging him to allot more medical oxygen for the state. But the sources said the state was yet to get any reply from Delhi on additional allotment of oxygen.