The appeal was made at a virtual meeting of labour department officials, tea planters and trade union leaders 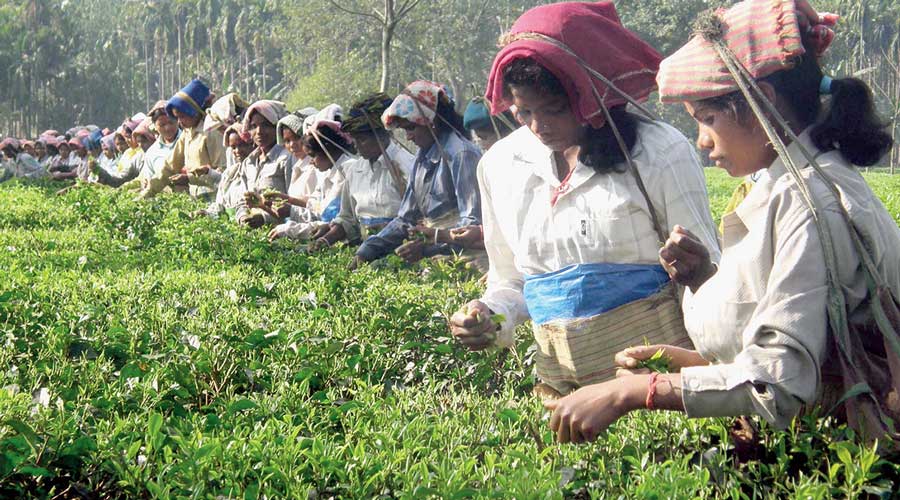 The stakeholders of the tea sector also highlighted a number of other issues during the meeting.
File picture
Our Correspondent   |   Alipurduar   |   Published 11.05.21, 01:00 AM

Tea planters on Monday requested the Bengal labour department to reconsider the decision to restrict the workforce engaged in gardens to 50 per cent in the wake of the second wave of Covid 19.

The plea was made at a virtual meeting of labour department officials, the tea planters and trade union leaders.

“We have requested the principal secretary of the labour department and other officials to reconsider the restriction that has been imposed on the engagement of workers during the ongoing peak season. The state government said tea gardens could engage only 50 per cent workers in one shift, but that is leading to loss of production. We have underscored that since last year, the industry has been strictly adhering to all health safety protocols and that is why Covid caseload is much lower in the tea belt,” said Sanjoy Bagchi, the secretary of the Dooars Branch of Indian Tea Association.

The stakeholders of the tea sector also highlighted a number of other issues which include monitoring the return of migrant workers to the tea belt and arrangements of quarantine centres and medical facilities for the tea population.

“The state health department should see that at least two oxygen cylinders are provided to each tea garden to handle critical patients. Like last year, quarantine centres should be opened on tea estates to keep the migrant workers who started returning homes,” said a tea planter.

He also said vaccination drive in tea plantations, many of which are located in remote areas, should be intensified.

“Those found without such reports are being asked to stay in home quarantine and our staff will monitor them. If required, they will be taken for tests. However, no instruction to open quarantine centres for migrant workers has reached us so far,” said the CMOH.