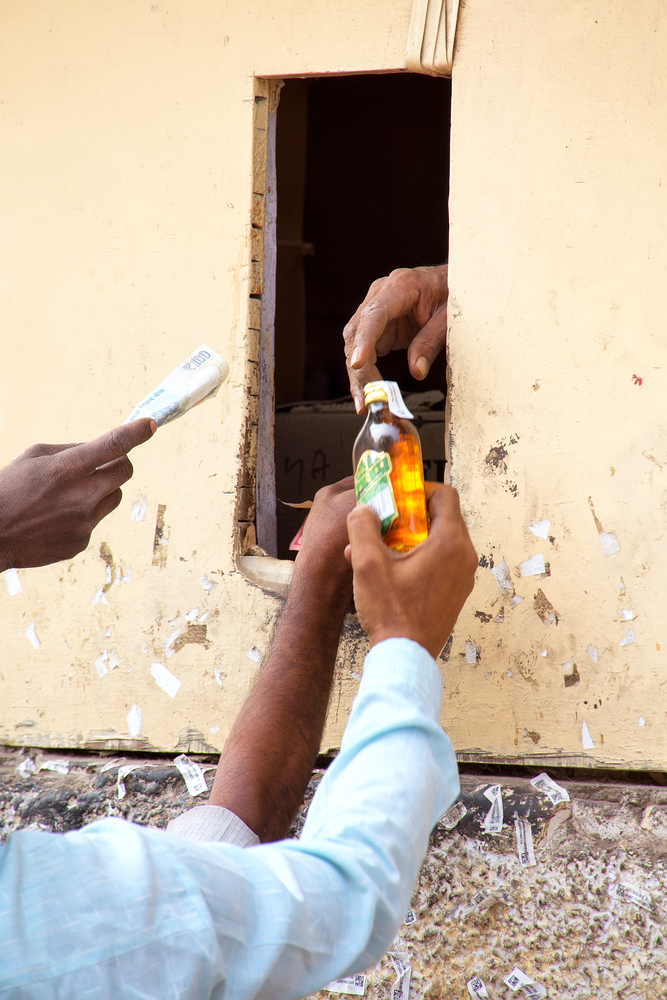 The revival of the banned Nepalese drink has surprised the police in North 24-Parganas
Representational image from Shutterstock
Subhasish Chaudhuri   |   Khardah   |   Published 13.04.20, 10:12 PM

Police have found out that a few Nepali families, who sell momos and other Chinese fast food, at Khardah are behind the revival of the strong drink that is usually made from rice, barley or millet.

The popular Nepali beverage has been identified in medical journals, including the one published by the National Library of Medicine, US, as the reason behind alcoholic liver diseases among many Nepali nationals. The Mamata Banerjee government had banned the drink in Bengal soon after coming to power in 2011.

With illicit country liquor being sold at a comparatively high price by skirting the blanket ban on the sale of alcohol during the lockdown, many opted for Rakshi as it costs Rs 150 a bottle and was delivered at home.

The revival of the banned Nepalese drink has surprised the police in North 24-Parganas. The police learnt about the sale when Bibhuti Bandopadhyay, BJP’s Khardah madhya mandal president, lodged a complaint.

“I told Rahara police that some Nepali families living in Patulia were brewing Rakshi and supplying the drink through local goons,” the BJP leader said.

Sources said Rahara police had seized around 50 bottles of Rakshi from some suspected delivery boys. They were, however, released after interrogation.

A police officer in Rahara privately acknowledged that he was aware of the complaint. “We have heard about the allegation. But so far, we have found no proof in support of the complaint,” he added.

Trinamul’s Khardah block president Sukur Ali also acknowledged that some Nepali families were involved in brewing and selling Rakshi, but ruled out its revival in the town during lockdown.

Police detained three persons, including the owner of a bar near Tinkonia bus stand on GT road in Burdwan town, for selling liquor illegally during the lockdown on Monday afternoon. “A police team rushed to the spot and found that at least 20 people had queued up in front of the liquor shop. We have detained three persons from the spot,” said a police officer.

The trio were not released from Burdwan police station till late Monday evening.