To avoid the rush, oil companies have restricted fresh bookings, which can now be made only 15 days after delivery of previous cylinder 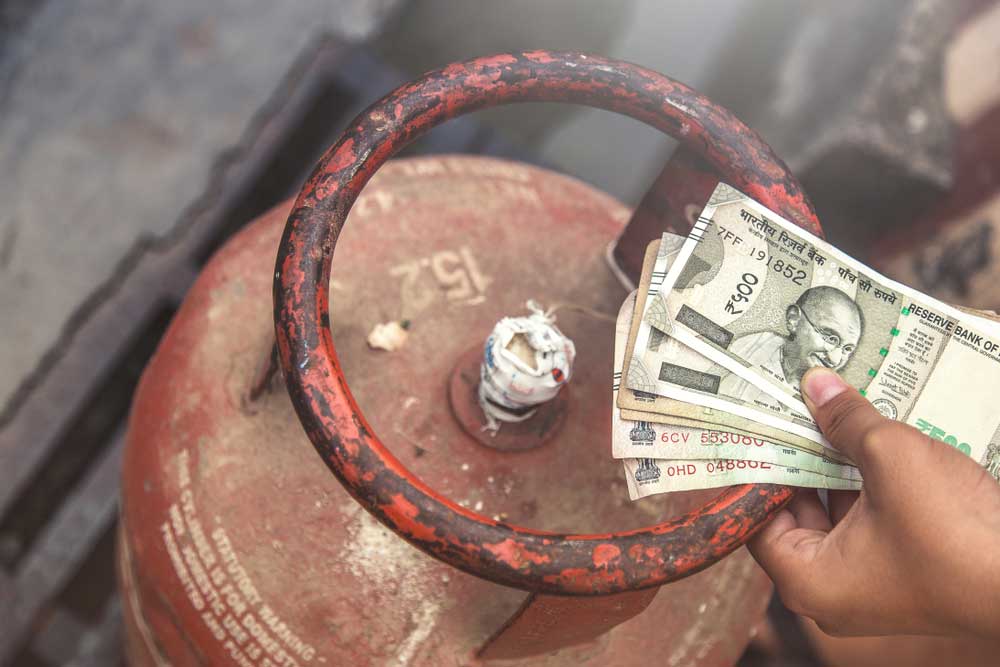 LPG distributors complain that the families and neighbourhoods of delivery personnel, many of whom live in villages and towns around the city, are preventing them from coming to work fearing Covid-19 infection.
(Shutterstock)
|   Calcutta   |   Published 02.04.20, 11:23 PM

Home delivery of cooking gas in Calcutta and surrounding areas has taken a hit amid the lockdown as oil companies are reeling under the twin blows of a surge in demand and the absence of delivery men.

LPG distributors complain that the families and neighbourhoods of delivery personnel, many of whom live in villages and towns around the city, are preventing them from coming to work fearing Covid-19 infection.

Oil agencies, their godowns and LPG transportation are specifically exempted from the lockdown.

But the oil companies are reporting a 20-40 per cent drop in attendance by delivery personnel at a time the booking volume has risen by 50 per cent, with the consumers making advance purchases during the lockdown.

The net result: the waiting period for cylinders is getting longer. This is nudging consumers who urgently need refills to crowd at the distributors’ to accept self-delivery, defeating the lockdown’s aim of social-distancing.

To avoid the rush, oil companies have restricted fresh bookings, which can now be made only 15 days after the delivery of the previous cylinder.

In some instances, consumers who had made bookings have declined to take delivery because they were yet to exhaust any of their existing cylinders. These premature bookings are holding up delivery to consumers who have actually run out of supply.

A Bondel Road resident in south Calcutta had booked a refill with Hindustan Petroleum on March 24, a day before the lockdown was announced, and the cash memo was generated four days later.

“Usually, the cylinder is delivered soon after. But, when it did not come, I called up the distributor who said the delivery could take up to 20 days as the delivery men were unable to come to work. I drove to his warehouse and picked it up myself on Thursday afternoon. There were many like me taking delivery,” he said. He could drive to the dealer’s unhindered because it was close by, which is not the case for many consumers.

Oil companies said the problem was bigger in Greater Calcutta because the delivery men, who earn Rs 300-500 a day, are unable to come for two reasons: lack of transport and the fear of social stigma.

“My family as well as people in the locality are telling me not to go to work in Calcutta. They fear that I would bring the virus back and infect others,” Kamal Mandal, an Indian Oil Corporation delivery man, said.

Mandal commutes by motorcycle to a central Calcutta distributor from Sahebpur village in Champahati, South 24-Parganas.

Som Service, where Kamal works, has about 20 delivery men and about five of them have not been coming. “We are providing the delivery men with protective gear such as masks, gloves and hand-wash. We are arranging pick-up for some of them and providing food for all of them. But there is pressure on the boys not to come,” Asim Som, proprietor of the Indian Oil distributor, said.

Bablu Pandit, 36, who cycles from Sonarpur to work, said the neighbourhood pressured him not to come. “They are asking, ‘Who will take responsibility if you bring the virus to the locality?’” Pandit said.

“This is an essential service that oil companies provide even during crises. If the delivery personnel do not receive support at their homes and localities, the delivery process will be under strain,” Dey said.

Bengal has around 90 lakh regular LPG connections, half of which are located in Calcutta, Howrah, North and South 24-Parganas and Hooghly. Over 200 distributors supply cylinders from three oil companies, making it a busy environment.

Pawas Srivastava, deputy general manager of HPCL (LPG, Calcutta region), said the oil companies had enough stocks and there was no reason for panic. “We have sought help from the state administration for the transport of the delivery men and showroom staff. If that can be arranged, we shall be able to serve customers even better,” Srivastava said.