Advertisement
Home / West-bengal / Cops to elders: keep us in loop

Cops to elders: keep us in loop 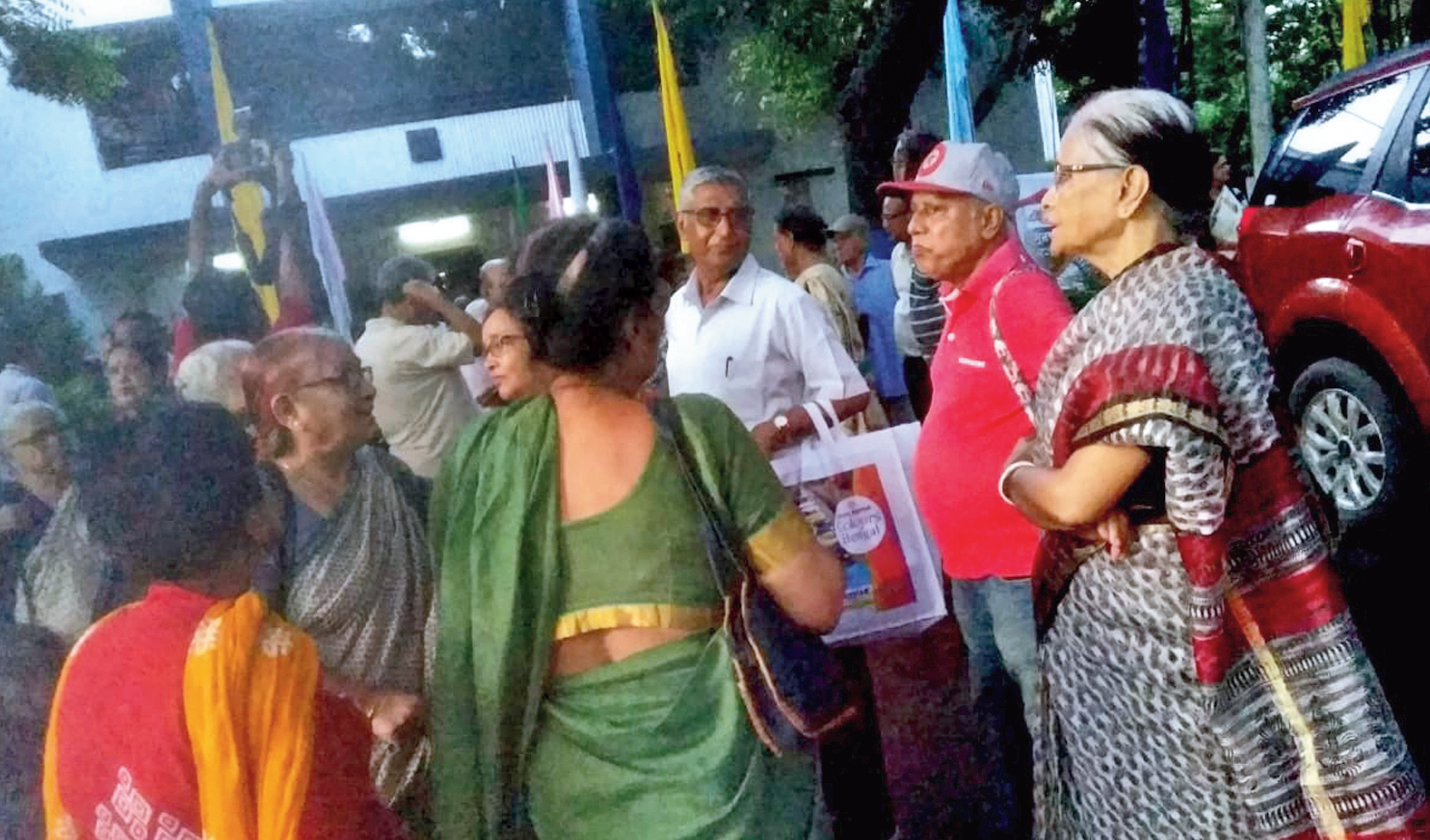 If senior citizens plan to engage a plumber or an electrician even for a day, cops have an advice for them — inform us.

Concerned over the safety of senior citizens staying alone, a police officer shared the advice at a gathering of 200-odd elderly people at the Alipore Body Guard Lines on Tuesday.

The police officer explained how even half-a-day’s presence of a plumber, technician or a painter could pose a security threat to the elderly.

The man will have knowledge of the layout of the house and that may be enough to commit a crime, he said.

“We would ask all of you not to take chances even if it’s just a day’s engagement,” the officer told the gathering.

Senior citizens living alone have been the recent cause for concern of Lalbazar after Calcutta recently witnessed three murders in Netaji Nagar, Behala and Narendrapur.

Officers in charge of police stations have been asked to draw up a list of senior citizens living alone within their respective jurisdictions and send officers to assess their security. Metro had reported about a 10-point directive that officers must check when they visit senior citizens.

Tuesday’s interaction in Alipore was to carry forward these steps and also make more specific appeals to the elderly.

“If you have a smart phone, reserve the first speed dial number for the police. You won’t have to dial 11 digits to call up the nearest police station,”

the officer said. “It’s better not to take chances with your security. Collect numbers of those who visit you regularly. They could be newspaper vendors or the local cable guy. You don’t know how these numbers could help us.”

To ensure better security for elders, additional police commissioner Ashok Kumar Prasad said they had decided to get women aged below 65 years and living alone registered with Pronam, which is a Calcutta police initiative that seeks to increase social interaction among senior citizens to make them feel secured and connected.

“Now a single woman above 60 years of age and below 65 years can get registered,” said Prasad.

Investigators probing into the murder of Suvra Ghosh Dastidar in Behala in July have arrested Saheb Porel a man who had accompanied a carpenter to the house of the 75-year-old. The police said he had thoroughly checked the house while working with the carpenter and later helped assassins in executing a murder-plan.

On August 4, police arrested Mohammed Hamruj Alam for his alleged involvement in the murder of Dilip Mukherjee and his wife Swapna at Netaji Nagar. Alam had worked for the Mukherjees as a casual worker weeks ago when the couple had engaged labourers to repair and paint their house.

“These murders have made it necessary for all of you to realise some of the basic steps that you would have to take to prevent a crime,” the officer said.

A section of those who participated said they would like an alarm system that directly connected them to the local police station.

“It gets difficult at night finding a number from the mobile phone and then dial it to inform police,” said Subhas Pal Chowdhury of Tollygunge.

“An alarm system in each locality can be of great help,” he said.