Written in Bengali and Hindi, it threatens to chop off the hands of anyone who dares to hold up the flag of Trinamul 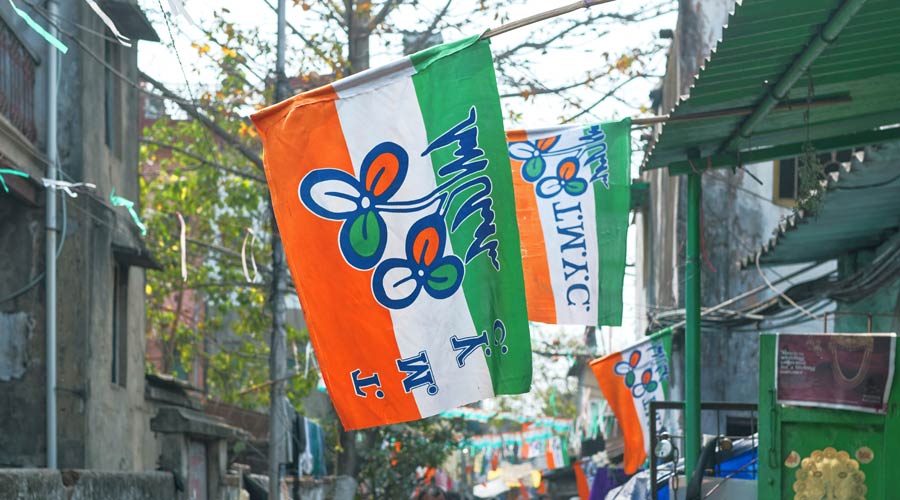 Police on Thursday recovered over a dozen handwritten posters claiming to be of the CPI (Maoist) from several villages in former Maoist bastion of Purulia district, apparently to intimidate Trinamul supporters.

The posters, written in Bengali and Hindi, threatened to chop off the hands of anyone who dared to hold up the flag of Trinamul.

They warned local Trinamul leaders who had allegedly cheated poor villagers for monetary gains of “action”.

The posters alarmed police who rushed to the site and removed them.

Police said that after receiving information from local sources about the posters put up on electric poles and milestones along Purulia-Barabazar Road and in several villages in Balarampur and Barabazar police station limits, they immediately rushed to the spots.

The posters written in red ink in Bengali and Hindi were promptly removed and an investigation launched immediately to find those responsible for writing and putting them up.

“We have removed the posters and have started an investigation. However as of now we have not found any presence of Maoists in the district,” said a district police official.

A few months ago, some posters that claimed to have been put up by Maoists were found in Balarampur and Barabazar as well as in some villages in neighbouring Jhargram and Bankura districts.

Police had then arrested five persons, including a couple, in Jhargram  and Bankura, for allegedly distributing and putting up such posters.

Purulia Trinamul president Soumen Belthoria, however, described Thursday’s  incident as the handiwork of the BJP.

“In the peaceful Purulia district, Maoists is a forgotten word now. The rebels have fled in the face of massive development work of our leader Mamata Banerjee across the Jungle Mahal districts. The BJP is now using the name of the rebels to scare people and create unrest,” he said.

The saffron camp also alleged that the Maoists and Trinamul were  two sides of the same coin.

“People here are not satisfied with local Trinamul leaders. They (Trinamul leaders) have lost space in Purulia and are now trying to bring Maoists back to intimidate people before the next year’s rural polls. The BJP has no role in it,” said Vivek Ranga, the Purulia BJP president.