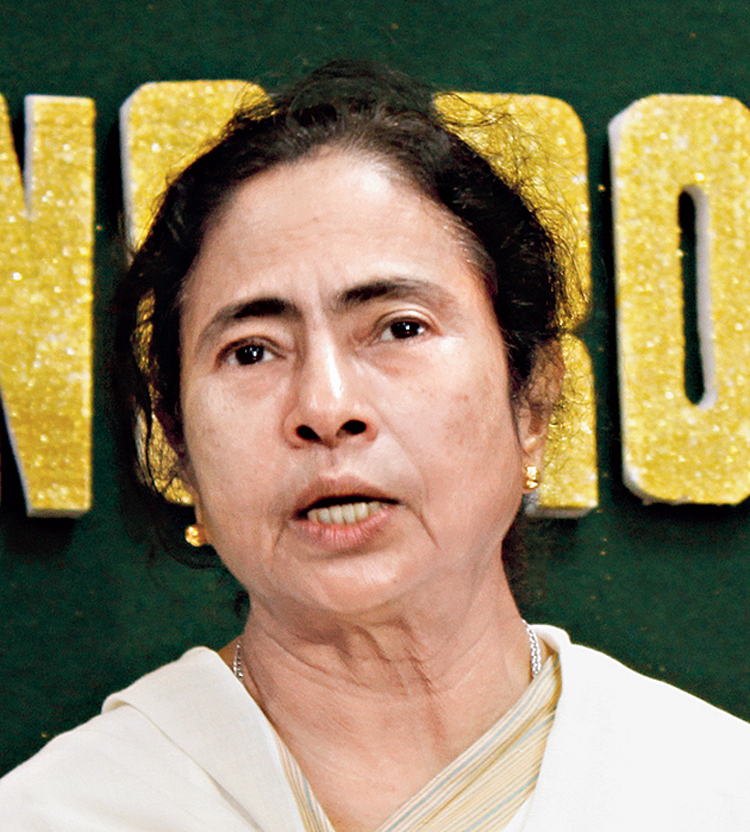 Mamata Banerjee has told the Bengal Assembly that people of South Dinajpur are suffering as Bangladesh dammed up the Atrayee river — her second reference to water disputes with the neighbouring country in the ongoing session of the House.

“Bangladesh has built a dam, resulting in drying up of the Atrayee. This is very bad for the people of South Dinajpur, who are suffering,” the chief minister said on Tuesday, obliquely accusing Dhaka of bypassing international convention.

Narmada Chandra Roy, the RSP MLA of Kushmandi in the district, asked what the government was doing to ensure water flow through the river. Even before irrigation minister Suvendu Adhikari could respond, Mamata sprang up.

“I talked about it with Bangladesh Prime Minister (Sheikh Hasina) and also took it up personally with our Prime Minister. We have sent all documents related to the issue to the Centre, but they are not paying heed and not taking it up with the Bangladesh government,” she said.

The chief minister’s sudden reference to an issue involving two sovereign governments in the Assembly took some MLAs by surprise. But sources close to Mamata said she was keen to flag the issue in the House to put pressure on the Narendra Modi government, which wants her to give a green light to the Teesta water sharing agreement between India and Bangladesh.

Last week, Mamata had made it clear in the Assembly that she was still opposed to the pact for sharing the Teesta water with Bangladesh. The river originates from the Himalayas in Sikkim and flows through north Bengal before entering Bangladesh.

The Atrayee, on the other hand, enters Kumarganj block of South Dinajpur from Bangladesh, then passes through Balurghat and Tapan blocks of the district before flowing back to the neighbouring nation.

Over the past two years, the Bengal government has been complaining that after Bangladesh raised a dam in the Atrayee at Mohanpur, water flow in the river has come down drastically in South Dinajpur. Atrayee is regarded as the lifeline of the district.

“By highlighting the Atrayee issue, she (Mamata) has sent a message that Bangladesh is also denying Bengal its legitimate share of water from a river flowing from the neighbouring country,” said a source.

“It is clear she will raise the issue whenever there is any attempt to pressurise her government to give consent for the Teesta deal,” added the source.

During her intervention in the Assembly, Mamata also blamed New Delhi’s alleged inaction over floods in Bengal every year. The chief minister said the Centre’s dilly-dallying on carrying our dredging in the DVC and Farakka barrages were causing floods in the state. “Whenever there are heavy rains in Jharkhand or Bihar, Bengal suffers because water is released from barrages,” she said.

India and Bangladesh share over 60 rivers. Among them, the Teesta stands as a sore thumb as Bangladesh has often accused India of not giving the country its due share from the river, which has caused havoc with agriculture in the northern parts of the country. As anti-India forces in Bangladesh use the issue to whip up sentiments against the Hasina government, New Delhi is keen on sealing the deal.