Such decisions by the board of administrators have been made to draw support from people ahead of the civic polls, opined a senior political leader of the town 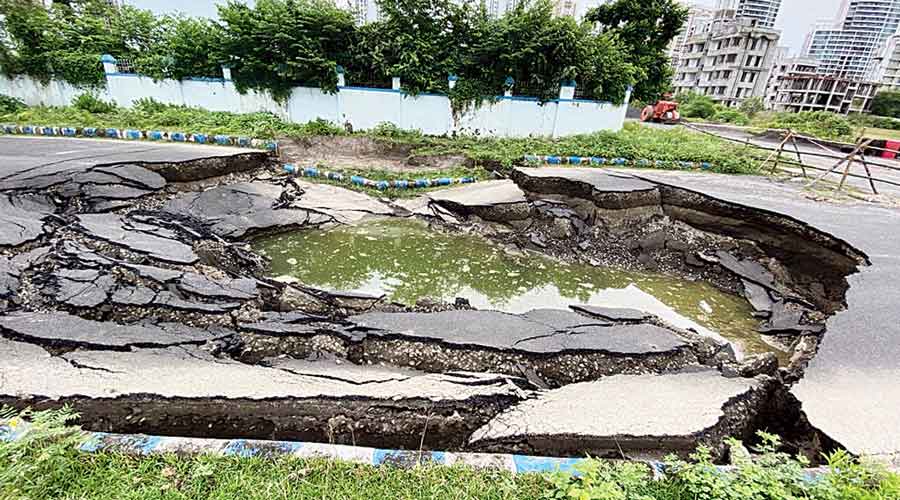 The civic body of Alipurduar has drawn up a plan to improve roads and revive water bodies across the town.

Sources said from Tuesday extensive repair works of the roads — altogether 48 of them — will commence start in the town. During the past few months, condition of these roads which connect different localities of Alipurduar have worsened, especially after the monsoon. Such road conditions have also led to a number of minor accidents.

“We had planned to start the repair work from last month but could not do so as supply of pebbles had halted because of the restriction imposed by the state over extraction of minor minerals from riverbeds. Now that the supply has resumed, the repair works will start tomorrow (Tuesday). We have identified 48 roads and the damaged stretches and will ensure that the repairs are made at the earliest. Around Rs 1.70 crore would be spent on the repair works,” said Prasenjit Kar, chairperson of the board of administrators of Alipurduar municipality.

Along with the roads, the civic body has identified six water bodies in the town. These would be cleaned and also landscaping be done at the banks.

Such decisions by the board of administrators have been made to draw support from people ahead of the civic polls, opined a senior political leader of the town.

Like many other municipalities of the state, elections are due in Alipurduar for quite some time now.

“Trinamul was in power at the civic body and a number of demands of the residents still remain unfulfilled. That is why the authorities have planned to repair roads and clean the water bodies as the elections are ahead. Also, the ruling party is desperate to regain the civic body, especially because the BJP has bagged the Alipurduar Assembly seat this time,” the leader said.

It may be mentioned that other than Darjeeling, Alipurduar is the second such district in Bengal where the saffron party has bagged all (five) the Assembly seats.

As per the data, Trinamul had lagged behind the BJP in 19 of 20 wards in the Assembly elections.