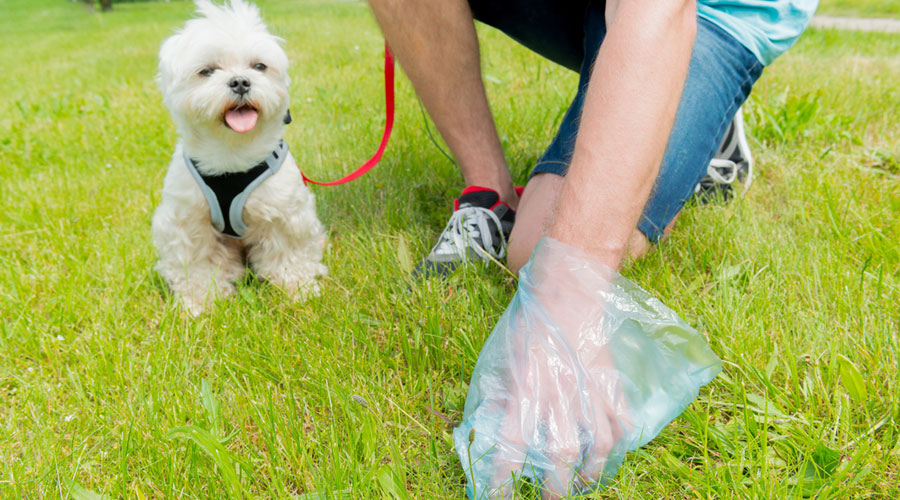 Many owners act responsibly and carry poop pickers when they take their pets out for a walk, a pet owner said. Poop pickers or poop scoopers are available for Rs 495-Rs 599 on some e-commerce websites.
Shutterstock
Subhajoy Roy   |   Calcutta   |   Published 30.08.20, 02:29 AM

The civic body can now fine a pet owner for not cleaning the pet’s poop, a civic official said on Saturday.

The civic body has been empowered to impose spot fines on pet owners and a gazette notification regarding this has been published, an official of the Calcutta Municipal Corporation (CMC) said on Saturday. The power to impose such fines came into effect on July 13.

The fine amounts have been fixed at Rs 200 for the first offence, Rs 300 for the second offence and Rs 400 for every subsequent offence, the official said.

Arguments between pet owners and people over who is responsible for cleaning the pet’s poop or if an owner has the right to dirty the road is common in Calcutta. The civic body could not do much as it did not have the legal right to impose spot fines even if waste cleaners or other civic officials were sure of the pet owner’s identity, a CMC official said.

“We had to issue a notice to someone who would not clean the pet’s poop from the street. The matter used to come up for hearing at the municipal magistrate’s court, which had the sole power to impose fines,” the official said.

The lengthy process meant a few people could be penalised. The recent change has given the CMC the power to fine a pet owner on the spot for not cleaning the pet’s poop.

“The commissioner of the CMC will delegate the power to junior officials in wards or boroughs... they can fine an offender,” the official said.

The fine amounts have been introduced under the CMC’s solid waste management rules.

Civic waste cleaners often refuse to collect a pet’s poop till the time it gets dry because they say the poop gets stuck in the shovel, the official said. The poop left for a day or more on the street attracts insects and flies and can pose a health hazard for people living nearby.

The CMC will upload the rules on its website, the official said. “We will give some time for people to get acquainted with the new rules and change their behaviour. We will start imposing fines after some time.”

The new rules will not bring a blanket change, though, according to many civic officials. It will be very difficult to identify a pet owner unless the animal is found to defecate on the road when a CMC official is present, an official said. In most instances, owners take their pets out for a walk early in the morning or in the evening when CMC officials or cleaners are unlikely to be there. Also, arguments can break out if a pet owner refuses to pay the fine.

Many owners act responsibly and carry poop pickers when they take their pets out for a walk, a pet owner said. Poop pickers or poop scoopers are available for Rs 495-Rs 599 on some e-commerce websites.

The new rules allow the CMC to impose fines on people who throw waste on roads. “The person can be fined Rs 1,000 for the first offence, Rs 1,500 for the second offence and Rs 2,000 for every subsequent offence,” a CMC official said.