Had the carrier started working on crowd control earlier, a system would have been in place by now 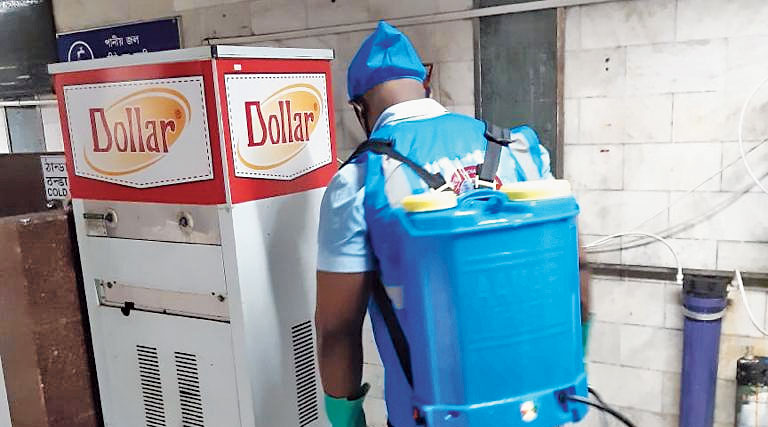 The Bengal government had told Metro officials more than a month ago to develop technology to control crowd, a senior government official said on Saturday.

Metro officials had then apparently cited “the absence of a nod from the Railway Board” to take things forward.

Had the carrier started working on crowd control earlier, a system would have been in place by now and services could have resumed from Tuesday, another government official said.

“Over a month-and-a-half ago, Metro officials had told us they were willing to resume services if they got permission. We had told them to think about crowd control mechanisms and take the help of technology. But there was no permission from the rail ministry and they did not go ahead with the planning,” the official said.

A Metro official confirmed that discussions had been held with the state government in late June for the resumption of services. “The government had offered to depute an agency to develop the technology to control crowd like it is doing now,” he said. “But the Centre did not allow the resumption of Metro services and the technology was not developed.”

On June 29, the Union home ministry had issued guidelines that listed Metro among activities that would not be permitted. The guidelines were issued hours after chief minister Mamata Banerjee had said her government would speak to the railways for partial resumption of Metro services to ferry those involved in essential services.

The Unlock 4 guidelines announced last Saturday allowed “graded” resumption of Metro services across the country from September 7. Metros in Delhi and Bangalore will resume commercial services from that day.

But Calcutta Metro is still to formally announce a date for the resumption of services.

The Delhi Metro chief had told Metro on Friday that their infrastructure and crowd control preparations had started long ago and the agency was ready to resume services on a two-day notice before the Centre issued the Unlock 3 guidelines.

The lack of such advanced planning has stalled the resumption of Metro services in Calcutta.

Even after the Unlock 4 guidelines were announced, Calcutta Metro officials said they could not do anything unless a nod came from the rail ministry, the sole nodal authority of the city’s transport lifeline.

Five days after the Unlock 4 guidelines were issued, a meeting took place between state government officials and Metro representatives on Thursday. State home secretary Alapan Bandyopadhyay had presided over the meeting.

Earlier, Metro officials had said only existing smart card holders would be allowed to access the services. Metro does not have the technology to keep a real-time check on smart card users entering a station.

The system will now be designed by a private developer which had earlier developed a transport app for the state government.

The state government had in 2017 launched Pathadisha (pathfinder), an app that tracks state buses plying in Calcutta and neighbouring areas. Supported by the World Bank and developed by a private technology company, the app can help a person search a particular route and track an approaching bus.

Friday’s meeting between Metro and state government officials was focused on software development for the new system. A QR code that needs to be scanned at the station gates is being billed as a solution. “The code will be generated much before the travel time. It will change colour every 12 hours,” an official said.