Post-Sunday respite from heat on radar

The volume of rain so far in Calcutta has been around 100mm, compared with the usual half-way quota of 160mm: Met 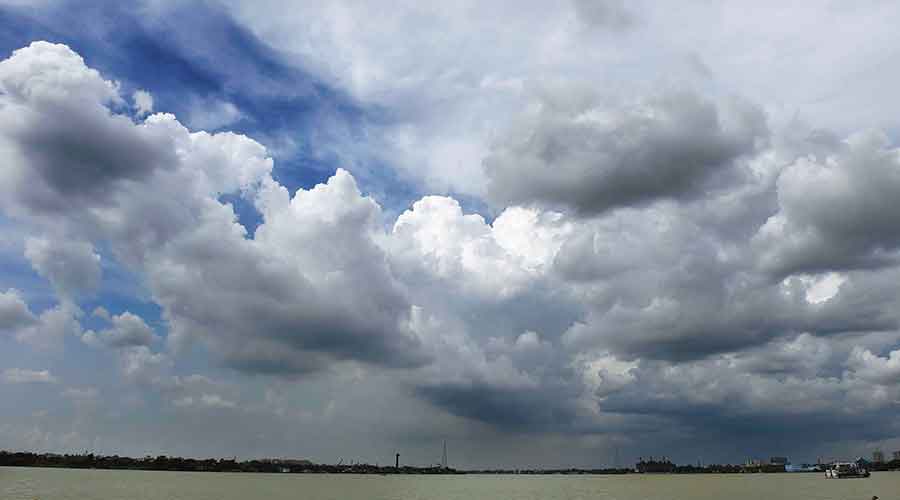 Hot, humid and not as rainy as it should be, September has so far been uncomfortable for Calcuttans.

There is no respite in sight till Sunday, by when the Met office expects a low-pressure to reach the Bay of Bengal and trigger steady rain in south Bengal, including Calcutta, over the next couple of days.

The city is gradually taking strides towards normality in the backdrop of the pandemic and people stepping out for work are having to cope with sultry and sweaty conditions.

The Celsius and moisture content have been on the higher side for several days now. Some parts of the city have seen occasional showers. But the rain has been scattered and triggered by local cloud formation.

The showers were far too little to bring down the temperature. If anything, they made conditions more sweaty and increased the discomfort level.

On Wednesday, the minimum relative humidity — the measure of the moisture content in the air during the driest part of the day — was a whopping 61 per cent. The effect — the temperature was around 33 degrees around 1.30pm but the RealFeel was 42 degrees.

“A bus ride wearing a mask is almost unbearable. As soon as I got down, I bought a bottle of water, removed the mask and splashed the water on my face,” said Chandan Roy, a sales professional with a share trading firm who boarded a bus from Dunlop to Esplanade on Wednesday afternoon.

Dark clouds started gathering over the city in the afternoon, prompting expectations of a round of sharp rain. But it was not to be.

September is usually sultry but not without a spell or two of heavy rain. This year, there has been none so far. The city has received stray showers. The volume of rain so far in Calcutta has been around 100mm, compared with the usual half-way quota of 160mm, said a Met official.

The monsoon trough is also stationed over Andhra Pradesh because of a low-pressure area in the southern state. The trough is too far from Calcutta to have an impact, said the official.

The conditions are expected to change from Sunday, the Met office has said.

The system is expected to trigger steady rain across south Bengal. A heavy spell in Calcutta is not ruled out. The system is also tipped to bring down the temperature from Sunday.