The scheme offers coverage of Rs 5 lakh per annum per family; the state government pays the premium 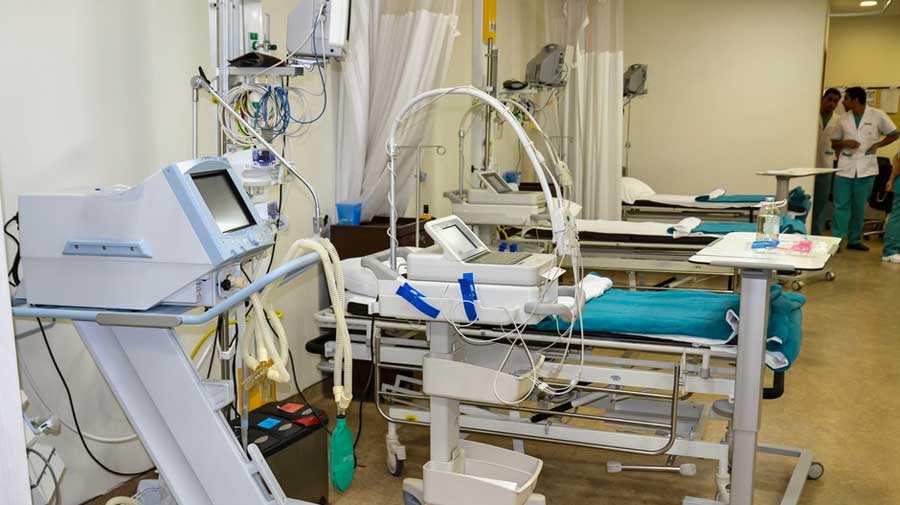 At a meeting on Monday, representatives of private hospitals told state health department officials that they wanted the government to set up a committee which would review the rates offered for treatment under the Swasthya Sathi scheme. The scheme offers coverage of Rs 5 lakh per annum per family. The state government pays the premium.
Shutterstock
Our Special Correspondent   |   Calcutta   |   Published 29.12.20, 02:30 AM

Private hospitals on Monday expressed reservations about the rates of a Bengal government insurance scheme that has recently been extended to all residents of the state.

At a meeting on Monday, representatives of private hospitals told state health department officials that they wanted the government to set up a committee which would review the rates offered for treatment under the Swasthya Sathi scheme.

The scheme offers coverage of Rs 5 lakh per annum per family. The state government pays the premium.

The hospitals also want the government to send only those patients who need superspeciality care, which would keep the number of people claiming benefits under the scheme under check.

Government representatives told the hospitals that it would take some time to decide on the formation of a committee. In the meantime, the government said, the healthcare facilities should not refuse patients under the scheme because of low yield.

“We shared some of our concerns with the government, the first of which is that the rates under Swasthya Saathi are somewhat unrealistic vis-a-vis private healthcare providers and even smaller nursing homes will not be able to sustain by providing services at those rates. We have to constantly upgrade our infrastructure and we have high overhead expenses in terms of equipment and manpower,” said Rupak Barua, the president of the Association of Hospitals of Eastern India and group CEO, AMRI Hospitals.

“We also suggested that a committee be set up to review the rates. The committee does not necessarily have to be formed with our members. The (state) government can even get it done by a credible third party that has expertise in such analysis. It needs to be done in a scientific manner,” he said.

Officials of other private hospitals, however, said they wanted their representatives in the committee. Also, when the rates for a particular type of treatment is being fixed, a specialist in the field from the private sector must attend the proceedings.

“While fixing the rate for coronary bypass surgery, a cardiac surgeon attached to a private hospital must be present and the committee must take his or her opinion,” said an official of a private hospital who attended Monday’s meeting.

“Since all private healthcare service providers are superspeciality facilities, with high-end equipment, these facilities should be used for advanced, tertiary care treatments, not just for primary and secondary care treatments. Only patients needing high-end therapies and procedures should be referred to private hospitals. Otherwise there will be unnecessary occupancy of beds,” Barua said.

State health department officials said it would take time to set up such a committee and revise the rates. They asked the hospitals not to refuse people turning up for treatment under the Swasthya Sathi scheme.

“Lot of discussions and approvals are needed before such a committee can be set up. For now we have told the hospitals not to refuse patients under the scheme,” said a senior official in the health department. “We are planning to cover 9 crore people under the Swasthya Sathi scheme by January.”

Sources aware of the deliberations at the meeting said the private hospitals requested the health department that they be allowed to only admit patients for planned surgeries under the scheme.

“The Swasthya Sathi rates for treating patients in the general ward or the critical care unit are far lower than what the hospitals need to charge to stay viable,” the CEO said. “In cases where referrals are not possible, the medical management cost should be charged on actuals, based on the cost of drugs, consumables and utilisation of services.”

Some hospitals, however, said it would be difficult to refer such patients to government facilities.

“Rather, we would want the government to allow us to allocate a percentage of beds for treating patients under the Swasthya Sathi scheme. This will help avoid complications and misunderstandings,” said Sudipta Mitra, CEO, Peerless Hospital.

At the meeting, the hospitals also requested the government to release dues under the scheme within 15 days of the discharge of a patient. Now, they said, it takes about one-and-a-half months to get the money.