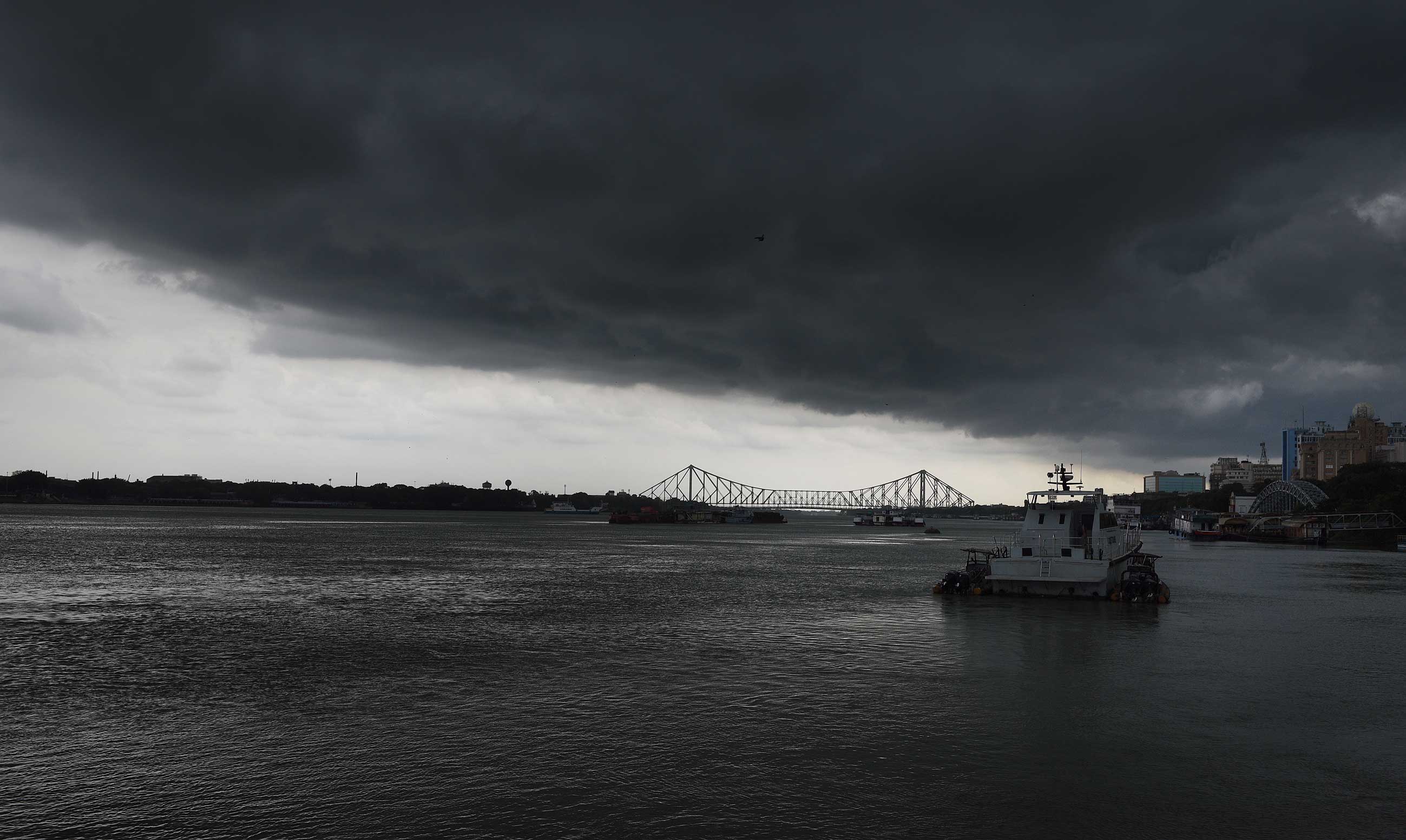 The forecast till Sunday is light to moderate rain in most parts of south Bengal, including in Calcutta, with occasional thunderstorms. Some parts of Murshidabad, Nadia and North and South 24-Parganas can get heavy rain, the Met office has said.
File picture
Debraj Mitra   |   Calcutta   |   Published 28.05.20, 10:54 PM

Roars of thundercloud jolted many Calcuttans out of their beds early on Thursday. An overcast sky and a persistent drizzle greeted them. The fan at full speed seemed too cold.

They had gone to bed witnessing streaks of lightning tearing through the night sky after the city had been swept by a 96kmph squall and a sharp spell of rain.

A 200km-long cloud mass from Jharkhand, headed to the Bay of Bengal, triggered a storm while passing over Calcutta on Wednesday evening.

The pent-up heat in Jharkhand and parts of Bihar — swathes of north India have been reeling under a heatwave — and a trough of low pressure extending from Bihar to the northern Bay of Bengal led to the formation of a giant cumulonimbus shell that floated towards south Bengal, a Met official said on Thursday.

The forecast till Sunday is light to moderate rain in most parts of south Bengal, including in Calcutta, with occasional thunderstorms. Some parts of Murshidabad, Nadia and North and South 24-Parganas can get heavy rain, the Met office has said.

“The cloud was around 200km in length and 15km in width. It became stronger by drawing more moisture as it neared the coast,” G.K. Das, the director of the India Meteorological Department, Calcutta, said. “The impact of the storm in Calcutta was more than the western districts that were in the shell’s route.”

Fierce winds, with gusts clocking 96kmph, along with a sharp spell of rain and streaks of lightning, buffeted Calcutta on Wednesday evening — exactly a week after Cyclone Amphan had struck. The squall uprooted several trees and snapped power at many places.

The strong winds did not last long. But the sky was overcast for much of the first half of Thursday. “The shell has dissipated after reaching northern Bay of Bengal through Bangladesh. But the trough of low pressure still remains over Bihar, Gangetic Bengal, Bangladesh and Bay of Bengal,” Das said.

Cyclone Amphan had sucked all the moisture in the atmosphere. But dry winds from northwest India kept flowing into south Bengal, keeping Calcutta windy for the next few days after the cyclone.

The shell that floated from Jharkhand to south Bengal on Wednesday was moist. The Met office dubbed the rain “pre-monsoon” showers.

“The winds were coming from the northwest towards the Bay of Bengal. After the onset of monsoon, southwesterly winds will blow from the Bay towards the land,” a weather scientist said.

The squall had triggered a sharp spell of rain, along with the winds. Even after the winds stopped, a persistent drizzle continued at many places in the city. Between Wednesday and Thursday evening, Cossipore received 66mm of rain, the Bypass 65mm, New Market 60mm and Joka 44mm, according to the pumping stations of the civic body.

Net connectivity took a hit at several homes because of the latest squall. Many of these homes had had their connectivity partially restored just a day or two ago before being snapped again.