A private hospital cannot deny treatment under any situation, whether that person has paid a deposit or not, the panel said 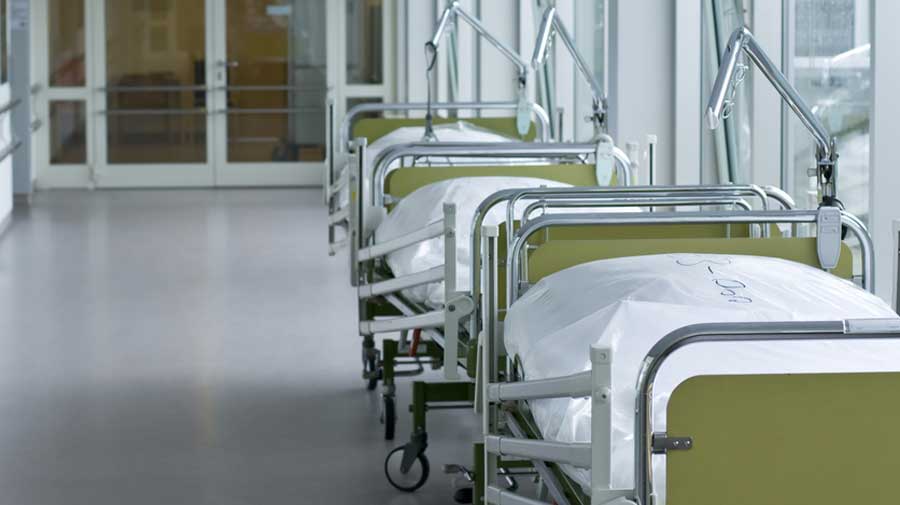 The commission chairperson, retired judge Ashim Kumar Banerjee, said the “clarification” had been issued because the earlier advisory had been criticised.
Shutterstock
Sanjay Mandal   |   Calcutta   |   Published 23.08.20, 02:17 AM

A private hospital cannot ask a Covid patient to vacate the bed if the person is unable to pay an advance, the Bengal health regulatory commission said on Saturday in the wake of criticism over an earlier advisory.

The earlier advisory had said that if the deposit was not made within 12 hours of admission, “the hospital would be at liberty to cancel the provisional admission and ask the patient party to take back the patient within one hour thereafter”.

The commission chairperson, retired judge Ashim Kumar Banerjee, said the “clarification” had been issued because the earlier advisory had been criticised.

A senior doctor had told The Telegraph on August 10 that the legitimisation of “the deposit culture”, including the permission to ask for removal of patients within one hour after the 12-hour window, belied the commission’s mandate of protecting patients.

After a meeting on Saturday, the West Bengal Clinical Establishment Regulatory Commission issued the clarification that made it plain that a private hospital cannot deny treatment to a patient “under any situation, whether that person has paid a deposit or not”.

Banerjee, the chairperson, said the commission had never intended patients to be asked to leave a hospital. “There was criticism from one side as if we had said that after 13 hours the patient should be thrown out. No act or law has given any hospital the licence that a patient will be thrown out of the hospital only for money,” the retired judge said.

The earlier advisory had allowed private hospitals to demand from patients an advance of Rs 50,000 or 20 per cent of the estimated cost of treatment, whichever was less, at the time of admission. The quantum of the deposit stands unchanged after the clarification.

Banerjee told a news conference on Saturday: “Taking into consideration the criticism, as a clarification we issued Covid Advisory 11 today where we said that under no condition can a patient be denied treatment, whether that person pays a deposit or not. If despite that a clinical establishment feels it is facing any problem, then that clinical establishment can get in touch with Swasthya Bhavan (the state health department headquarters) or our commission.”

He added: “During this Covid situation, it has been stated by the government that if any patient comes to a hospital, that person has to be treated. If the hospital does not have the infrastructure to treat the patient, then the condition of that person has to be stabilised and then (he or she can be) sent to a hospital with better facilities. At no point can treatment be denied to that patient.”

Banerjee continued: “We were hearing about some hospitals taking advantage of the situation, demanding abnormal amounts of money as advance. To prevent that, we had issued an advisory, No. 9. But we had said that because of (failure to pay) the deposit, the patient’s treatment should not face any problems. At least that person should be given ample time — we had said ‘12 hours’. If he cannot pay even after that, more time should be given so that they can arrange for treatment elsewhere.”