Calcutta challenge: how to scan all homes 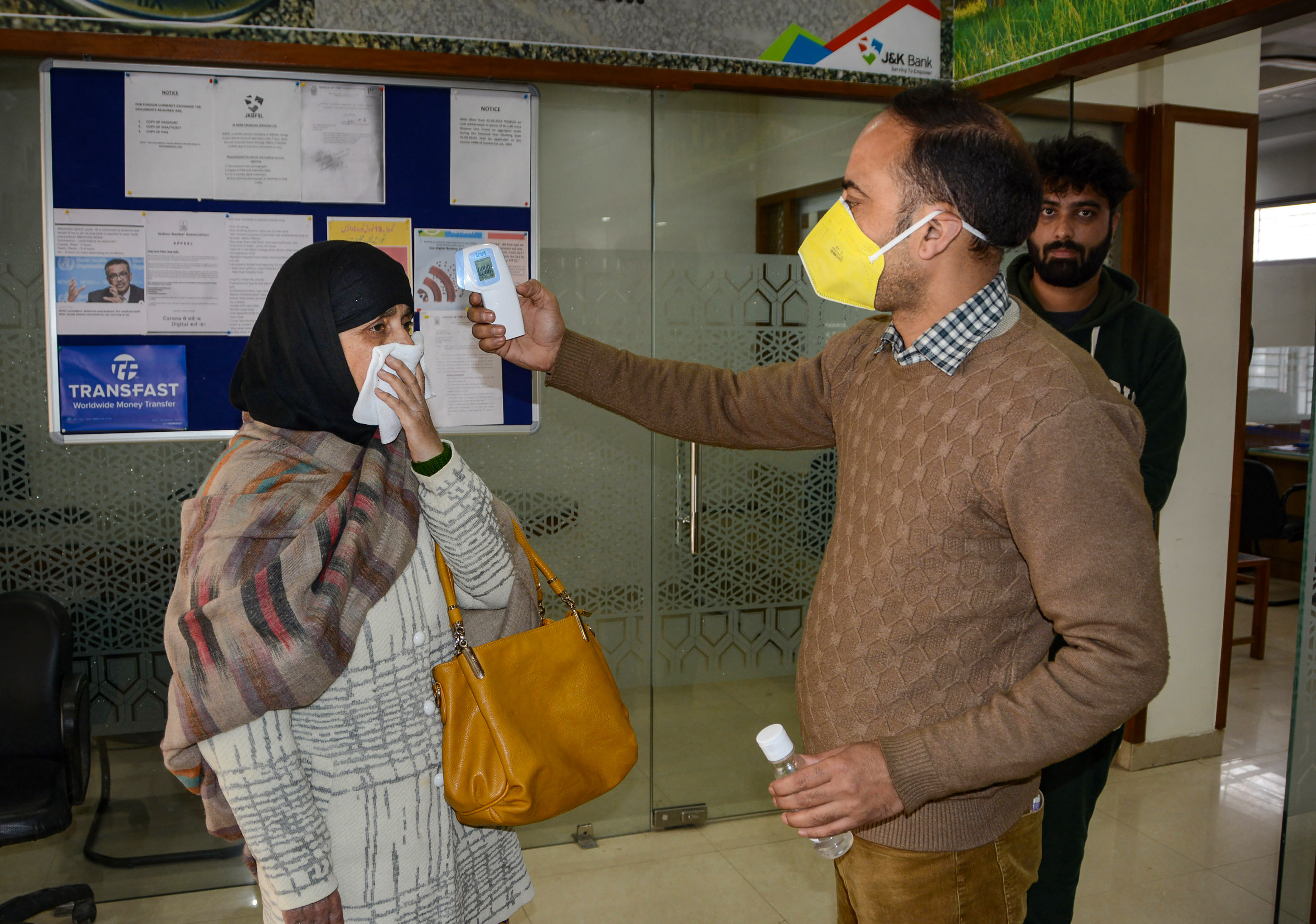 Calcutta Municipal Corporation personnel will try to visit every home in the city from this week to seek out anyone suffering from fever in an exercise aimed at detecting any silent Covid-19 carrier.

Covering a densely populated city like Calcutta with the existing manpower will be a daunting task, civic officials and doctors said.

“We have to conduct door-to-door surveillance to find out if anyone has fever,” said the official.

The 2011 census had put the population of Calcutta at nearly 4.5 million. The civic body’s health department has around 600 honorary health workers who are trained to collect data and note down replies to a set of questions. Another 1,400 personnel are engaged in work related to information, education and communication (IEC) on various diseases.

The IEC workers mostly recount a tutored message on a particular disease or distribute literature on prevention and management of the disease.

“We are not sure if the IEC personnel can be trained so quickly to carry out the surveillance,” an official said.

The CMC is mulling whether it can use the services of 3,000 field workers who are part of the effort to prevent vector-borne diseases. “The fever surveillance has to start quickly and also cover the city within a short span of time,” said the official.

A CMC doctor said that if someone were found to be suffering from fever, the person would be monitored stringently. The surveillance of all family members and neighbours of the person suffering from fever would become more intense immediately. “If we find the fever is not receding for a few days but the person is asymptomatic for Covid-19, we will ask that person to get tested at our clinic. This will not be a Covid-19 test but a blood test to determine the white blood cell count, lymphocyte count and liver enzyme count,” said a CMC doctor.

“If the white blood cell count and the lymphocyte count are low and the liver enzyme count is high, it could signal some form of viral infection and the person has to be monitored very well. If the person shows any symptom of Covid-19, we will immediately ask the person to go to a hospital where fever clinics have been set up or the ones that have been converted into dedicated Covid-19 hospitals,” said a CMC doctor.