She had left home after being allegedly abused by her husband, a daily wage-earner put out of work by the pandemic, when another woman lured her 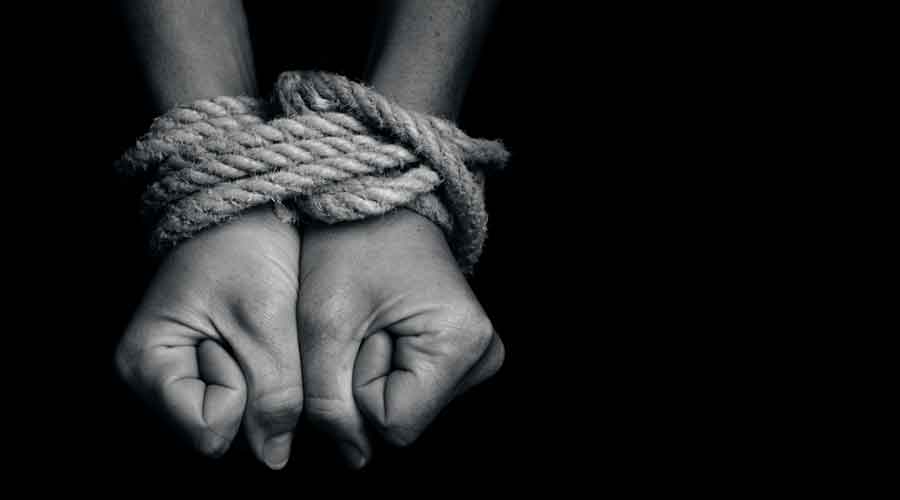 The incident is a pointer to how the Covid-19 pandemic has landed many families in abject poverty, making women and minor girls more vulnerable to trafficking, said rights activists
Shutterstock
Debraj Mitra   |   Calcutta   |   Published 09.09.20, 02:00 AM

A 20-year-old woman from North 24-Parganas who was struggling to make ends meet because of the Covid-19 crisis was allegedly trafficked to Bihar in June.

The woman left home after being allegedly abused by her husband, a daily wage-earner put out of work by the pandemic. A family member said she was allegedly trafficked by another woman who lured her with the offer of a job. She was taken to Bihar’s Siwan where she was allegedly forced to join a dance troupe before being rescued on July 15.

The incident is a pointer to how the Covid-19 pandemic has landed many families in abject poverty, making women and minor girls more vulnerable to trafficking, said rights activists. The penury caused by the pandemic has made the lure of a job almost irresistible. Traffickers are on the prowl, looking for such vulnerable girls to force them into prostitution.

“She was lured by a racket that used to hire women for the troupe. The victim said she was asked to perform dance and have sex with clients. On refusal, she would be physically tortured by the owner of the troupe,” said an official of International Justice Mission, which facilitated an operation that led to her rescue.

“The survivor recorded her statement under Section 164 of the CrPC in front of a magistrate at a court in Bongaon, in North 24-Parganas, on August 28,” said an officer of Bongaon police station.

Metro has reported how the pandemic has led to a spurt in child marriages and increased the trafficking threat. Many parents who have lost their livelihoods are ready to marry off their daughters to any groom who does not demand a dowry. The grooms are often linked to trafficking rackets.

A group of 21 minors from Bihar’s Samastipur, all alleged victims of trafficking, was rescued from a bus in Calcutta early on Monday. Police said the children were being taken to Howrah to work in bangle factories.

The Bongaon woman was not a minor but was in deep poverty. “She found it difficult to make ends meet after her husband lost his job. He used to drink every day and beat her,” the survivor’s elder sister told this newspaper over the phone.

“A woman my sister knew offered her a job. On the day of the journey, she was accompanied by that woman and two men. They gave my sister a spiked drink and took her to Bihar in a car as trains were not running,” the survivor’s sister said.

She said she could not remember which day her sister went missing but it “was early in June”.

The survivor could call her family from Siwan from the phone of another member of the troupe. Her father lodged a missing complaint on July 4.

“The number that the survivor called from helped us trace the location of the group,” said an official of Mission Mukti Foundation. Volunteers of the organisation had accompanied Bihar police during the rescue.

“The challenge will be to curb traffickers when train services resume,” said an activist of Partners in Anti-Trafficking, an alliance of organisations.