On April 28, around 200 men had attacked policemen in uniform with stones and damaged at least two police vehicles in Tikiapara 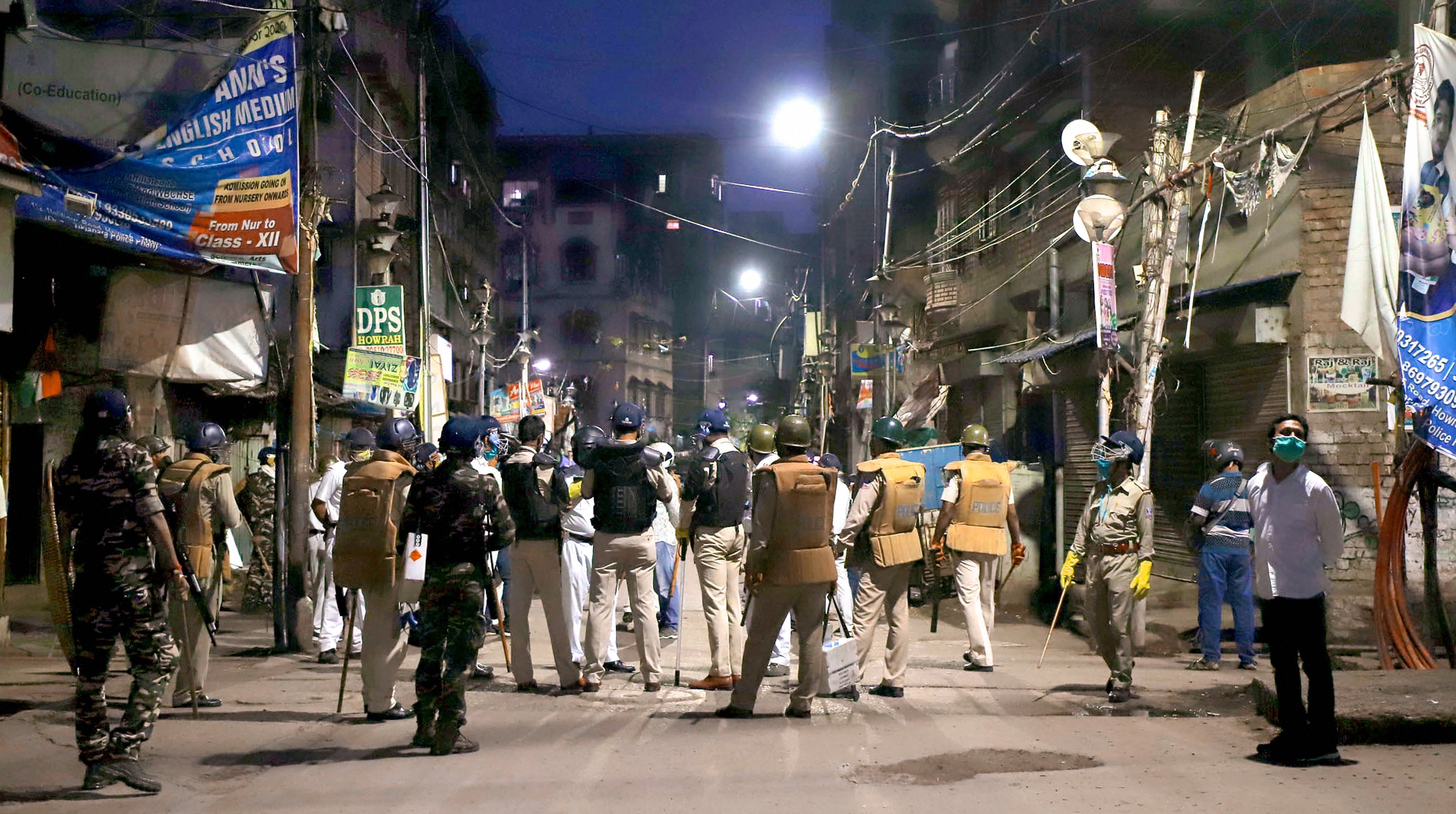 Police personnel stand guard after a mob attacked several policemen who were enforcing lockdown to prevent the spread of coronavirus at Tikiapara in Howrah district
File picture
Our Special Correspondent   |   Howrah   |   Published 03.05.20, 01:41 AM

Howrah police said they had arrested a man who was seen landing a flying kick on the back of a uniformed policeman in a mobile phone footage that was widely circulated after an alleged assault on police in Howrah’s Tikiapara a few days ago.

Officers of the Howrah City Police said this was the 13th arrest in connection with the incident. The accused has been identified as Mohammad Shakib.

On April 28, around 200 men had attacked policemen in uniform with stones and damaged at least two police vehicles when the cops had tried to enforce the lockdown.

Two of the injured cops had reportedly been seriously injured. Police have slapped IPC sections related to rioting, disobedience of order duly promulgated by a public servant and voluntarily causing hurt to deter a public servant from his duty, as well as under the prevention to damage of public property act and the disaster management act.

The 12 people who had been arrested earlier in this case are in judicial custody.

“Search is on for the other accused. We are analysing footage for identification of the accused and simultaneously conducting raids,” said an officer.

Video footage recorded on mobile phones had emerged where a mob was seen chasing the men in uniform through Belilious Road and pelting them with stones.