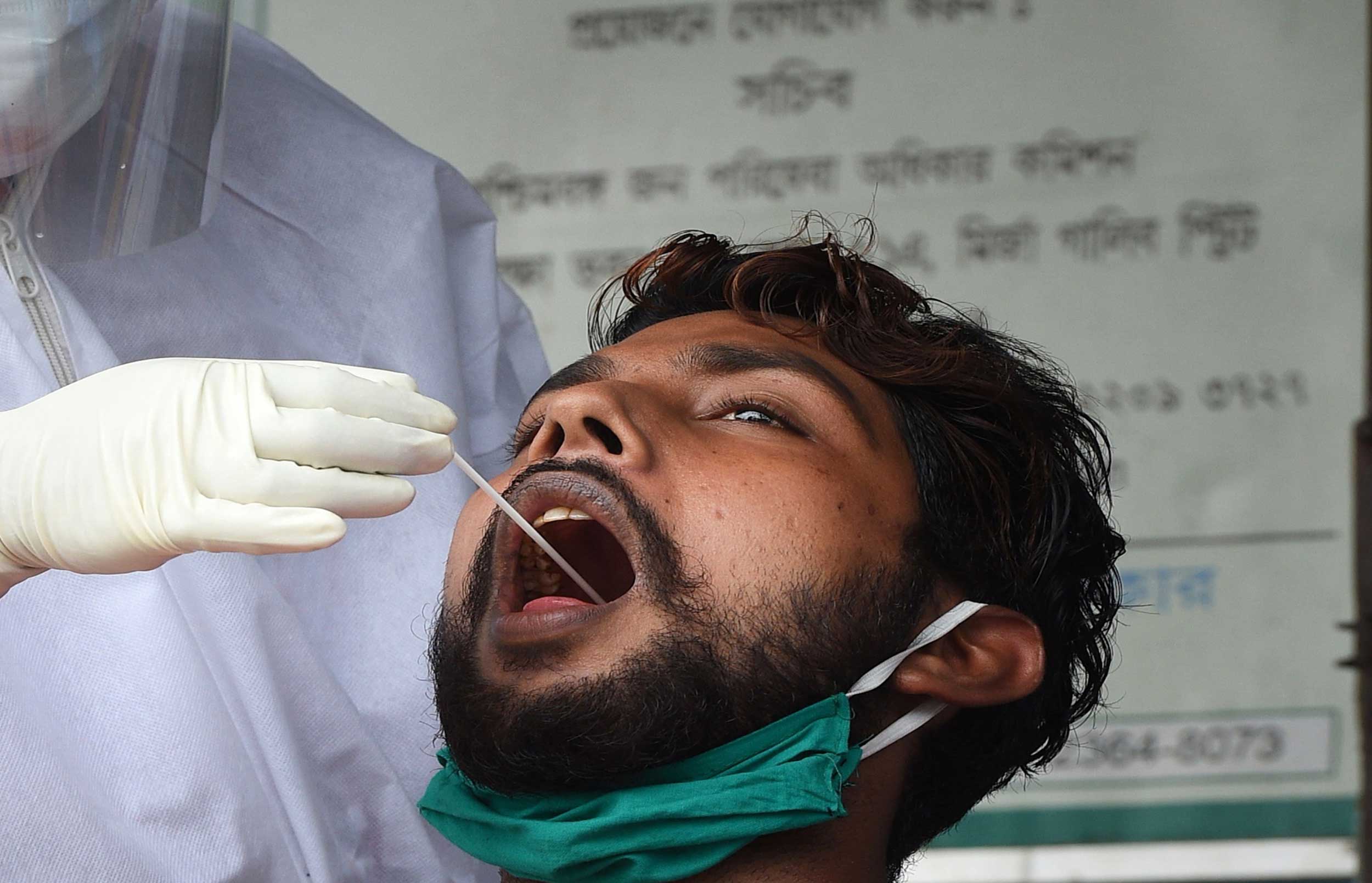 A medic collects swab sample of a man for Covid-19 test in Calcutta. State health department officials had at a meeting with private hospital representatives last week asked them to resume normal functioning in all their units, including outpatient departments and clinics.
Sanjay Mandal   |   Calcutta   |   Published 10.05.20, 09:27 PM

Functioning has been hit in most private hospitals because a large number of doctors are reluctant to see patients for fear of catching the novel coronavirus, hospital and health department officials said.

The CEO of a private hospital said that patients and staff often found consultants’ phones switched off. Sometimes the phone rang but the doctor would not take the call.

State health department officials had at a meeting with private hospital representatives last week asked them to resume normal functioning in all their units, including outpatient departments and clinics.

But officials from several private hospitals pleaded helplessness, saying many doctors were unwilling to report for work.

“I have received reports from many private hospitals that some doctors are refusing to attend to patients. I appeal to these doctors to be more humane. If you turn away from the crisis, it will finally get you too,” retired judge Ashim Kumar Banerjee, chairperson of the West Bengal Clinical Establishment Regulatory Commission, the regulatory body for private hospitals, said on Sunday.

“I have received a complaint that says a private hospital asked a patient’s relatives to arrange for a specialist doctor if the patient were to be admitted. The specialist doctor attached to that hospital would apparently not see patients.”

Banerjee referred to another complaint that said a doctor had for two days refused to see a patient admitted to a private hospital. The hospital then asked the patient’s relatives to shift the patient elsewhere.

A south Calcutta resident who had sought an appointment with his long-time dentist for an urgent intervention was allegedly told the dentist would not be visiting his clinic before August.

Hospitals can ask doctors whom they employ against salaries to report for work, but they cannot force doctors who practise as consultants to see patients, health department officials said.

“In Calcutta, large segments of doctors are consultants; they are mostly paid a fixed amount plus a percentage of the charges for consultancy and procedures,” a health official said.

According to the hospitals, most of those reluctant to see patients are the elderly doctors, and those whose specialities potentially expose them to the patients’ droplet secretions.

“Doctors from the fields of pulmonology, ENT, ophthalmology, dentistry and gastroenterology face the highest threat of catching the infection (from their patients). Many doctors from these fields are unwilling to see patients now,” an official from a private hospital said.

Some doctors, like 67-year-old ophthalmologist Abhijit Sen, are exceptions.

“It’s true that an ophthalmologist has to come extremely close to the patient during an examination. But I wear a facemask, a face shield and gloves. Besides, I wash my hands and face after each procedure. We can’t stop seeing patients,” Sen said.

The Telegraph had last week reported how a 28-year-old doctor from Calcutta had got infected by the coronavirus at New York’s Brookdale Hospital Medical Center, where he is a postgraduate trainee, but resumed treating Covid-19 patients within two days of recovery.

Dr Abhishek Chakraborti had said that at his hospital, doctors from every speciality were undergoing training on the Covid-19 treatment protocol so they could fill in for infected colleagues if necessary.