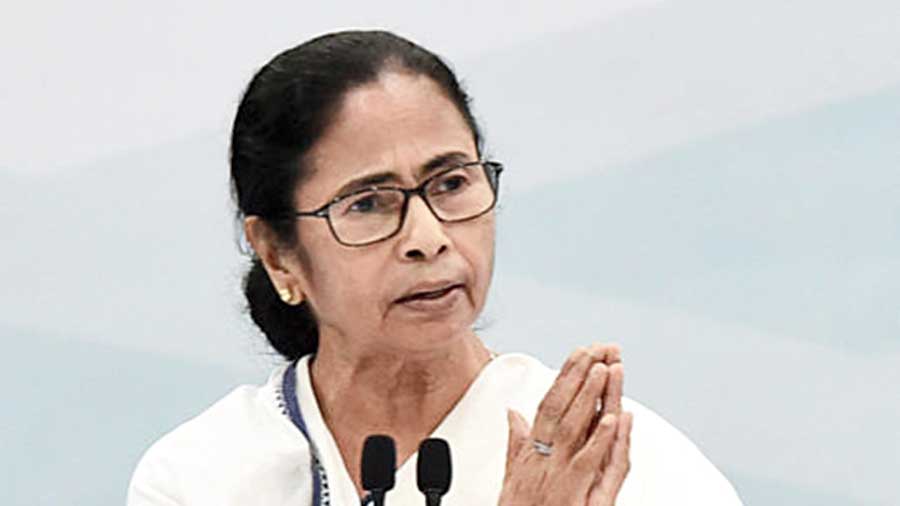 Chief minister Mamata Banerjee on Monday raised the matter of battered roads in the city and neighbouring areas during an administrative review meeting in Nabanna.

She said she had found the top coat of a road missing while on her way to Nabanna a few days ago. She spoke of a road in Howrah’s Kona that was repaired only after she travelled on the road and messaged the municipal authorities regarding its poor state.

“A few days ago I found the top layer of a road I took totally worn off. The Hooghly River Bridge Commissioners (HRBC) is its custodian. I found a road in Kona in poor condition. The municipality repaired the road only after they were told,” she said.

Battered roads have been greeting people across the city for many days.

The Telegraph had on August 12 reported about the poor condition of some of Calcutta’s roads. Engineers of several state government agencies had blamed the absence of repairs ahead of the monsoon during the pandemic for the condition of the roads.

Every year, roads in the city are repaired twice — before the monsoon and before Durga Puja. This year, the repairs ahead of the monsoon could not be carried out in most places because of the lockdown.

April and May are the crucial period for repairs, according to engineers from the PWD, the Calcutta Municipal Corporation and the Calcutta Metropolitan Development Authority.

He was headed home to New Garia on his two-wheeler from his office in Esplanade. “The ride through the connector was a nightmare. The road was flooded and there were multiple deep craters… it was difficult to ride my two-wheeler on the road. I could have fallen but fortunately that did not happen.”

Long stretches on the Bypass, especially the ones near the Ruby and Avishikta crossings, are dotted with large craters. Motorists and two-wheeler riders have a hard time negotiating craters on the road.