Clashes erupt between police and BJP workers in Bengal 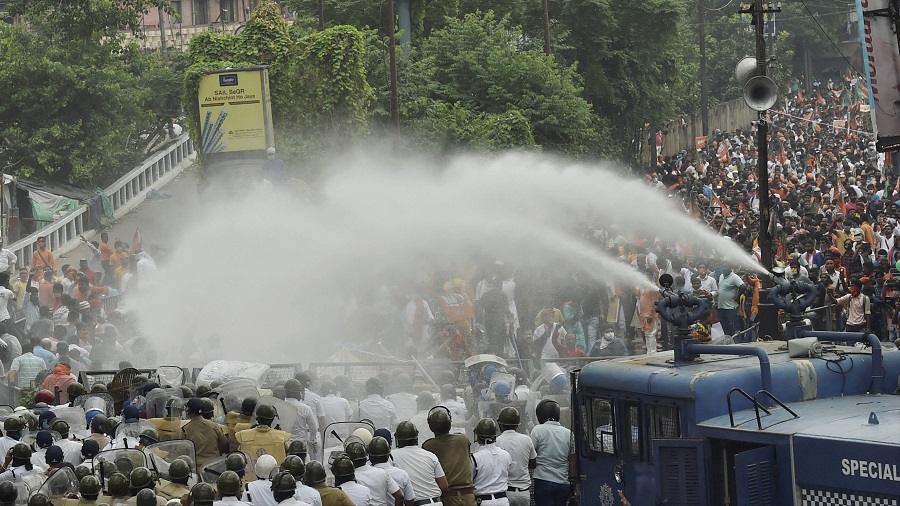 Clashes broke out between the Bengal Police and BJP workers as the saffron party activists tried to break through barricades during their march towards state secretariat Nabanna on Thursday, police said.

Thousands of BJP workers from Calcutta and Howrah began marching towards Nabanna to protest the "worsening" law and order in the state.

The law enforcers also resorted to baton-charge in Hastings area in Calcutta.

Four major rallies, two each from Calcutta and Howrah, will move towards Nabanna in Shibpur in Howrah district, BJP sources said.

The ruling Trinamool Congress government in the state on Wednesday denied permission to the programme citing the Pandemic Act and stating that democratic rallies within "permissible parameters" of only 100 participants will be allowed.

The state government has also announced that Nabanna will be closed for two days from October 8 for "sanitisation".