Boat patrol to save lives from tigers in the Sunderbans 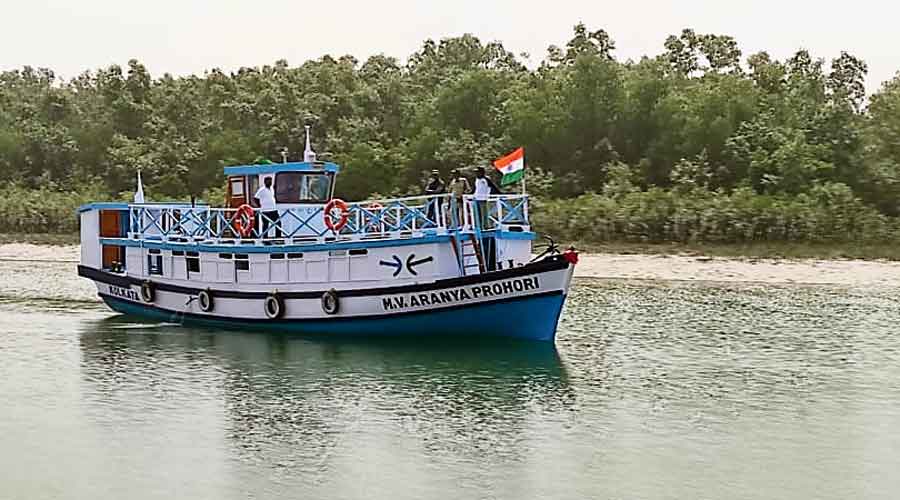 A patrol vessel equipped with searchlights was deployed by the forest department on Tuesday to prevent fishermen from entering and mooring their boats deep inside the Sunderbans.

The vessel, with forest department personnel on board, will be on duty 24X7.

MV Aronyo Prahari, deployed by the forest department in collaboration with World Wildlife Fund (WWF) and Discovery India, will maintain vigil in the mangroves to prevent human-animal conflicts and protect tigers from poachers.

The patrol vessel has been deployed in the South 24-Parganas division of the Sunderbans.

Many fishermen in the Sunderbans, who lived off the fish netted from rivers and creeks, lost their lives in tiger attacks.

Metro had reported that two fishermen who had gone to catch crabs and fish deep inside the core areas of the mangroves died in tiger attacks earlier this month.

One of the tiger attacks took place in the South 24-Parganas division.

Milan Mondal, the divisional forest officer of the South 24-Parganas division, said fishermen from villages in these areas often ventured into creeks and moored their boats to lay crab traps.

“Once on land, they are at the risk of being attacked by tigers. We are holding regular awareness camps in the villages,” said Mondal.

The actual figure may be much higher.

A forest officer said the Sunderbans had fair weather only during four months in a year.

“Maintaining constant vigil inside the mangroves is a challenge for the foresters because of a variety of reasons, including inclement weather,” he said.

The vessel will bolster the patrolling capabilities of the forest department as well as help prevent human-animal conflict, the officer said.