Quest to build a ‘beautiful society’ 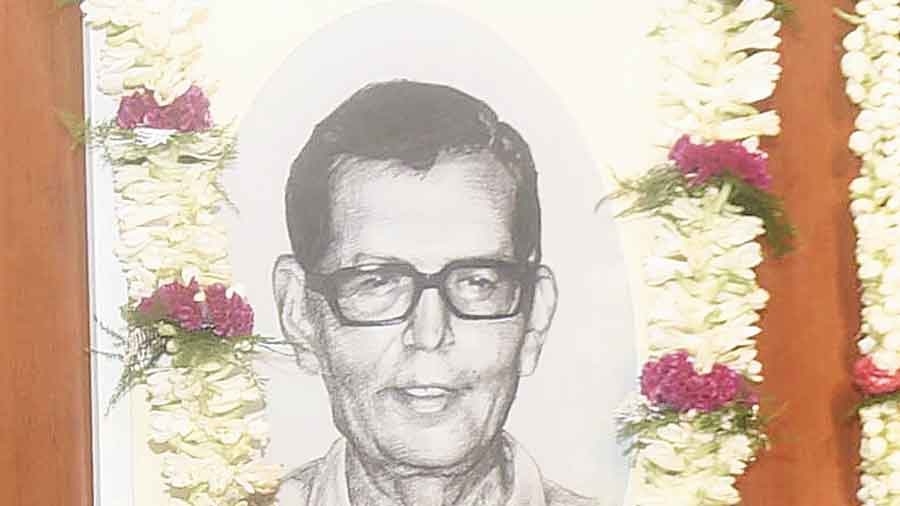 A girl in her early 20s seated on a wheelchair came to Nehru Children’s Museum in 1992 because she wanted to learn how to operate computers. She could not speak but had a compass fitted to her head and a book of letters on her lap, which she made use of to point out and express herself.

The person at the museum who was approached did not want to refuse her but was unsure whether they would be able to accommodate her. So she approached the director.

Founder Jugal Srimal took the girl to the class she wanted to go to and told the students that the “main objective” of Nehru Children’s Museum was “to build a beautiful society’, not to train them in operating a computer.

Members and staff of the museum paid tributes to Jugal Srimal, the founder-director of Nehru Children’s Museum, on Thursday on the occasion of his birth centenary.

“That society will be built by all of you. No matter whatever the challenges are for a beautiful society, each one of you has to hold hands...,” Sikha Mukherjee, the administrative secretary of the museum quoted Srimal as telling the class, back in 1992.

Memories and anecdotes were shared about Srimal, who was also the founder trustee of Tagore Foundation, a trust formed to promote Bengali culture.

Srimal got the land on Chowringhee Road, on which the museum stands, from the Bengal government in 1969. The museum was inaugurated on November 14, 1972.

The museum has clay models that narrate the stories of Ramayana and Mahabharata and costume dolls from over 96 countries, some of which were collected by Srimal. Various embassies have also presented dolls to Nehru Children’s Museum.

“There are over 1,000 dolls now, about 350 of which were collected during my father’s time,” said Srimal’s son Sudip, who is now director of the museum.

Jugal Srimal was born in an “aristocratic and cultured zamindar family” of Azimganj, Murshidabad, on October 8, 1919. “If my father would have been here today he would never have allowed us to celebrate this day. He was always against publicity…. For his centenary, we had planned a five-day programme with 1,200 invitees, but because of Covid-19 we had a small programme remembering him,” said Sudip Srimal.

From the oldest employee of the museum Ramendra Das to senior employee Dipti Biswas, each one had a story to share. Jugal Srimal’s work was not restricted to the museum but went much beyond that, said Prabal Dutta, joint director of the museum.

Dutta spoke about the founder-director’s reading habits. “He would not be able to go off to sleep at night without reading but he had noticed that the habit of reading was going away…. He thought that people were not interested in buying books or borrowing it from library, but if the books reached them the interest of reading would sustain. So he formed Tagore Mobile Library,” Dutta recalled. Jugal Srimal gave away his collection to the library.

Those who attended the programme said they were missing the children. The institute has 1,400 students learning various activities like song, dance, painting and drama.

On Thursday, a portrait of Jugal Srimal made by 20-year-old Sourav Saha, who has been learning painting in the museum since 2015, was unveiled by Rotarian R.K. Bubna.

A book titled “Shishuder ja prappo ta jeno tara paye”, written by the founder before in the 1940s, was released on Thursday. Granddaughter Indrani Sengupta, now the secretary of the museum, found it among his manuscripts.

“...Last eight months have been difficult but we have paid our permanent staff and used up our savings to tide over this period. We have appealed to our friends and well-wishers and many have responded,” said Sudip Srimal.