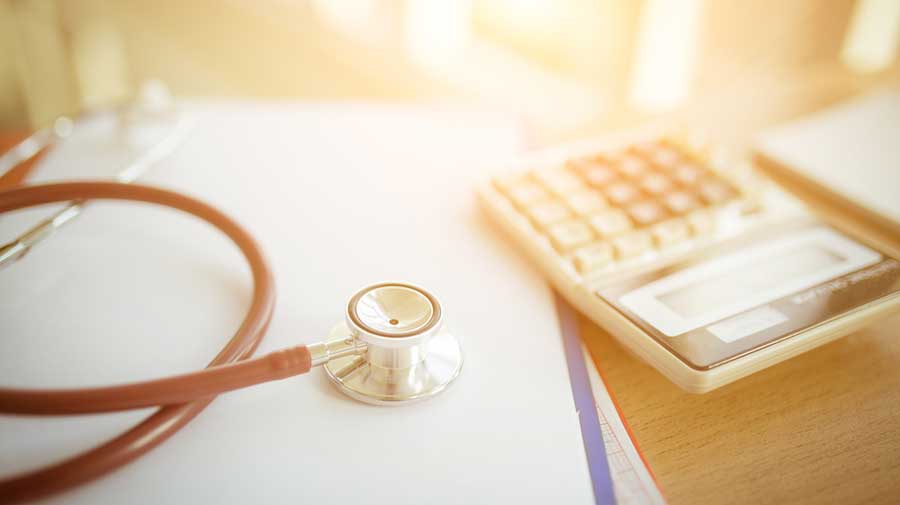 The scheme, for which the state government pays the premium, offers health coverage of Rs 5 lakh per annum per family. The committee is led by the state’s director of medical education, Debasish Bhattacharya, and has government officials and doctors from government hospitals as other members. It does not have any representative from the private healthcare sector.
Shutterstock
Our Special Correspondent   |   Calcutta   |   Published 30.12.20, 01:30 AM

The state government on Tuesday formed a committee to look into, among other things, whether the rates under the Swasthya Sathi insurance scheme could be increased as demanded by private hospitals.

The hospitals had at a meeting on Monday told the health department that the rates for treatment offered under Swasthya Sathi, a state government insurance scheme, were very low and would make them unviable.

The scheme, for which the state government pays the premium, offers health coverage of Rs 5 lakh per annum per family.

The committee is led by the state’s director of medical education, Debasish Bhattacharya, and has government officials and doctors from government hospitals as other members. It does not have any representative from the private healthcare sector.

At Monday’s meeting, the private hospitals had requested the government that their representatives be included in the committee.

Officials said they would start working immediately and hold talks with private hospitals on the necessary changes to the scheme, under which the state government plans to bring nine crore people by January.

“The committee has officials from the finance and other government departments. It will look into many issues raised by the private hospitals regarding the Swasthya Sathi scheme. Among those are the treatment rates,” a senior state government official said after a meeting chaired by chief secretary Alapan Bandyopadhyay.

“At every level, the committee will hold discussions with private hospitals. There is no need at this point to hire a private agency to fix the rates,” said the official.

The committee, he said, will also decide which patient to be sent to which hospital for treatment under the scheme. “Till the time these issues are addressed, the private hospitals have been asked not to refuse patients under Swasthya Sathi,” he said.

The private hospitals had suggested that only patients in need of high-end treatment be sent to superspeciality units under the scheme and those needing less complicated surgeries or procedures be sent to smaller hospitals or nursing homes.

Health department sources said they were planning to have a system that would categorise hospitals, based on which it would be decided which patient would be sent where.

“If a patient needs surgery for removal of gallbladder stones, then he or she would be sent to a secondary-level hospital or nursing home under Swasthya Sathi,” an official said.

“For a more complicated procedure, like joint replacement or cardiac bypass surgery, a superspeciality hospital will be recommended. The list will be prepared soon,” the health department official said.

Private hospitals offering superspeciality services had expressed the fear that they would not be able to cope with the rush if they were to treat patients in need of less complicated procedures.

“We welcome the state government’s quick response to our request to set up a committee. We expect that the committee will take our opinions while fixing rates and addressing other issues,” said Rupak Barua, president, Association of Hospitals of Eastern India.

“This way, the Swasthya Sathi scheme could become a success. Once there is clarity, there will be fewer allegations of hospitals refusing patients under the scheme.”

Representatives of several private hospitals had told the health department at Monday’s meeting that they would have to shut down their units if the government forced them to take patients under a scheme that offered very low rates.

A state government official said the suggestion from private hospitals to fix the number of beds to be allocated for patients under Swasthya Sathi was unacceptable. “Then the purpose of the scheme, to provide quality healthcare to everyone, will be defeated,” said the official.