One MP, 5 MLAs in list that has Didi stamp all over, 33 new faces announced; Left Front leaves 17 seats for allies 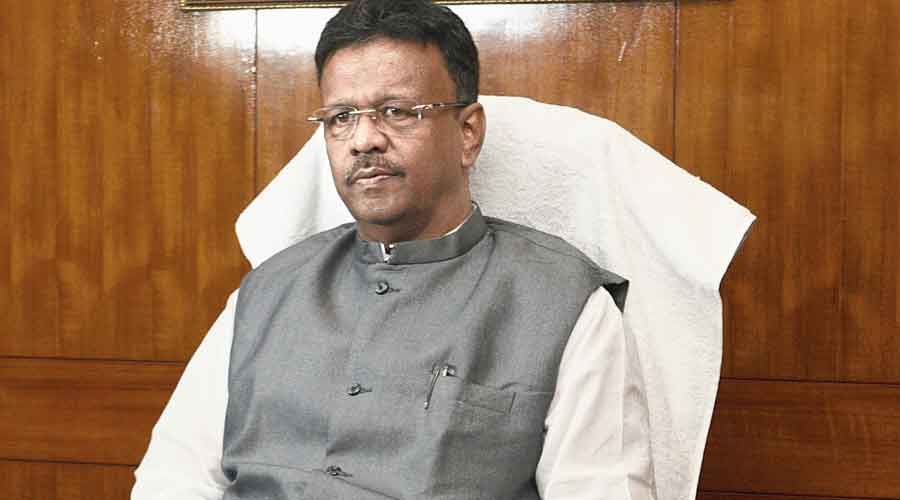 Mamata Banerjee’s writ prevailed over the party as the Trinamul rolled out its list of candidates for the December 19 Calcutta Municipal Corporation polls on Friday, retaining former mayor Firhad Hakim.

Surprisingly, the list, released hours after the left Front came out with its list of candidates,  does not mention the name of former BJP Lok Sabha MP Babul Supriyo, who was favoured by the party’s all India general secretary Abhishek Banerjee for the mayor’s chair by replacing Hakim, a known Mamata acolyte.

“Mamata Banerjee has cleared the list after consultation with other leaders who had arrived at a consensus,” said Partha Chatterjee, the Trinamul’s secretary-general.

If Hakim is to retain the mayor’s post in the coprporation that has 144 wards, it is to be seen whether Mamata’s declared policy of “one man, one post” will hold. For, Hakim is also the state transport minister.

The Trinamul has brought 39 new faces while retaining 87 councillors from the previous term, fielding candidates in 126 seats, with 45 per cent women among the candidates. Eighteen seats have been left to accommodate “others”.

“Whether they will continue with their dual role will be decided by Didi,” said a Trinamul source.

There is also no word from the ruling dispensation on the future of Supriyo, the only sitting BJP MP to have switched sides.

The Left Front, which also announced its list of candidates, has left 17 seats for other parties including the Congress and Indian Secular Front, it's alliance partners of this summer’s Assembly elections that saw a complete rout of both the Congress and the Left since the first general elections.

The Calcutta corporation has 144 wards. Among the wards where the Left Front has decided against fielding candidates include wards 45, which has been represented in the Calcutta Municipal Corporation by the Congress councillor Santosh Pathak for three straight terms. However, in ward 28 where another Congress councillor, Prakash Upadhyay, was elected in 2015, the LF junior partner, Forward Bloc has fielded a candidate.

“The most dangerous political entity is the BJP for us. In the last 10 years under Trinamul, we have seen the kind of activities that are being carried out. In the coming election we have selected the seats based on the traditional voting pattern, our organisational capacity and winnability,” said Kallol Majumdar, CPM state secretariat member and Calcutta district unit secretary.

Majumdar said in some of the wards the names could not be finalised yet and talks were on with the other Left Front constituents to reach a consensus.

“In some of the seats we believe we can put up a good fight,” said Majumdar.

The seat sharing arrangement has exposed the fissures in the tenuous alliance which failed to make any impact in the Assembly polls, with most candidates from both the Left and the Congress ending up  losing their deposits.

“In ward 29, the Congress is trailing. We do not want to split the anti-BJP, anti-TMC vote. But Forward Bloc was insisting on fielding a nominee since it had a councillor from the ward in the past. Our priority was to strengthen Left unity, so we agreed,” said a CPM Calcutta district committee member.

The Congress in private has expressed desire to contest in at least a 100 seats, which would mean a four-corner contest in most of the wards. Though in all likelihood Trinamul will sweep the civic polls as well.

Elections to the 144 wards in the Calcutta Municipal Corporation usually precede the Assembly elections but were deferred last year to take into account both the raging pandemic and anti-incumbency.

The December 19 polls were announced just a day ago, more than six months after Trinamul swept the Assembly polls and emerged victorious in all the by-elections held since.

In the December polls in the state capital, Trinamul is starting with an edge in 133 of the seats, while the BJP is ahead in 9 wards and the sole saviour of the Congress is Pathak, while the Left is tallying far behind in all the 144 wards.

In 2015, Trinamul had emerged victorious in 123 wards, but four years later when the Lok Sabha polls were held, the BJP had managed to reduce its lead to just 73 wards.